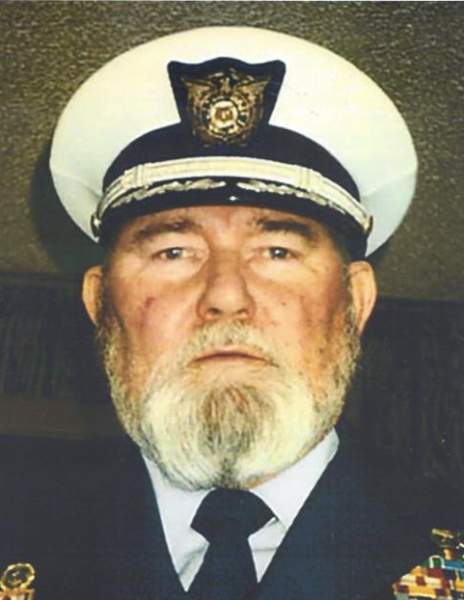 Lloyd Milton Fanum was born on October 1, 1926, to John and Rachel (Olson) Fanum in St. Paul. He grew up in St. Paul, attending Johnson High School through the depression. In 1944, during World War II, Lloyd dropped out of high school and joined the Merchant Marines. While serving with the Merchant Marines his duties included: maintenance, steering the vessel, and docking into port. He also transported German Prisoners of War, American forces, and vehicles and equipment to Europe.

Lloyd retired from the Merchant Marines in 1947 and returned to night school to earn his high school diploma. He went on to work for 3M for a few years until he was drafted in 1950 to the Army. Following training, he was sent to Japan and then Korea. While in Korea, he served as message center chief of his battalion in the 45th Infantry Division. Lloyd spent many winter nights in Korea in a tent with only a potbellied stove for warmth.

Lloyd was honorably discharged in 1953 and returned home. He was married and together they had a son, William. Lloyd returned to work at 3M in the payroll department until his retirement in 1982. He had lived in Hastings since the mid 80’s, where his family, including two grandchildren, Joseph and Hannah, also live.

Lloyd joined the Coast Guard Auxiliary in 1973 while still working at 3M. in 1979, he escorted President Jimmy Carter and First Lady, Rosalynn, on a boating trip down the Mississippi River. It was quite a trip, security wise, because each bridge they encountered had to be secured by local authorities. The lock and dams also had to be secured and ready to allow the president’s boat to pass through.

Six people are lucky to be alive, thanks to Lloyd’s quick thinking. In 1975, during a fishing trip on Leach Lake in northern Minnesota, he and a friend saved the lives of three men when their boat became swamped. While on patrol in Lake St. Croix, he towed a canoe to shore with two teenagers aboard when a storm and strong winds threatened to capsize them. Lloyd also rescued a water skier on the Mississippi River when he was struck by a boat motor. The injured skier was transported to shore where an ambulance was waiting.

As part of his duties with the Coast Guard, Lloyd patrolled the Mississippi and St. Croix Rivers, wrote for the Coast Guard magazine, taught boat safety in high schools, worked on the ice breakers on Lake Superior during the spring and checked private boats for safety equipment.

Lloyd was honored with representing the United States Coast Guard as Grand Marshall of the Manitou Days Grande Parade in White Bear Lake in 2011. He continued his service as Commander of the Coast Guard as long as he was able.

Lloyd was a loyal member of the First National Bank since moving to Hastings in the 1980’s and a satisfied VIP member since 1999. He was also a member of Sons of Norway, American Legion, Veteran of Foreign Wars, and the U.S. Coast Guard Auxiliary. He enjoyed spending time golfing, hunting, and fishing.

He was preceded in death by his parents, John and Rachel Fanum; and brother, Raymond Fanum.

To order memorial trees or send flowers to the family in memory of Lloyd Fanum, please visit our flower store.