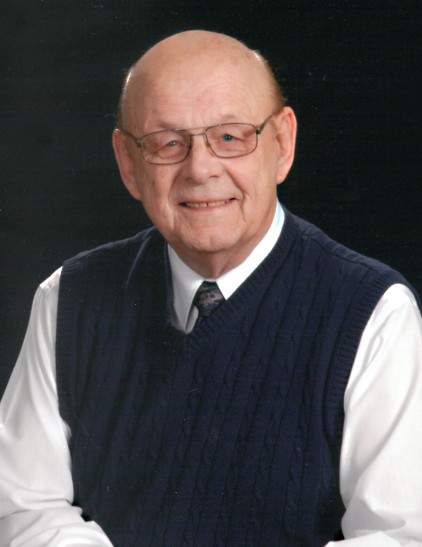 A memorial service will be held at 2 p.m., Saturday, October 6, 2018, at First Lutheran Church in Alexandria with Rev. Kari van Wakeren officiating.  Inurnment will take place at Kinkead Cemetery, Alexandria.

Visitation will be from 5-8 p.m., Friday, October 5, 2018, at Lind Family Funeral Home in Alexandria and will resume one hour prior to the service at the church.

Les was born on February 6, 1929, to John and Julia (Hanson) Dehlin in Graceville, Minnesota.  He grew up in Graceville and was confirmed at Siloah Lutheran Church in rural Graceville. He attended Parnell Township Country School through the eighth grade and graduated from West Central School of Agriculture in Morris, Minnesota. Les graduated with a Bachelor’s Degree in Music from Concordia College in Moorhead and earned his Master’s Degree in Music at MacPhail College of Music in Minneapolis.  He was united in marriage to Ellen Ann Christopherson on June 19, 1953, at Ringsaker Lutheran Church in Pelican Rapids.  He was a life-long music educator.  Les taught at Brooten High School from 1952 – 1955, Staples High School from 1955 – 1965, and completed his career at Jefferson High School in Alexandria from 1965, until his retirement in May of 1987.  Les was a hunter and fisherman, lover of fine music, drinker of Norwegian egg coffee, smeller of flowers, watcher of sunsets, and a Grandfather Extraordinaire.  He was a member of First Lutheran Church, American Choral Directors Association, Minnesota Music Educators Association, Minnesota Education Association, Society for the Preservation and Encouragement of Barbershop Quartet Singing in America, Vikingland Chordsmen Barbershop Chorus, Alexandria Golden Kiwanis, and the National Rifle Association.

He was preceded in death by his wife, Ellen Ann in 2012; parents, John and Julia; brothers, Raymond, Harold, Melvin, and twin, Holver; and sisters, Eleanor, Clarice, and Mabel.

To order memorial trees or send flowers to the family in memory of Lester C. Dehlin, please visit our flower store.