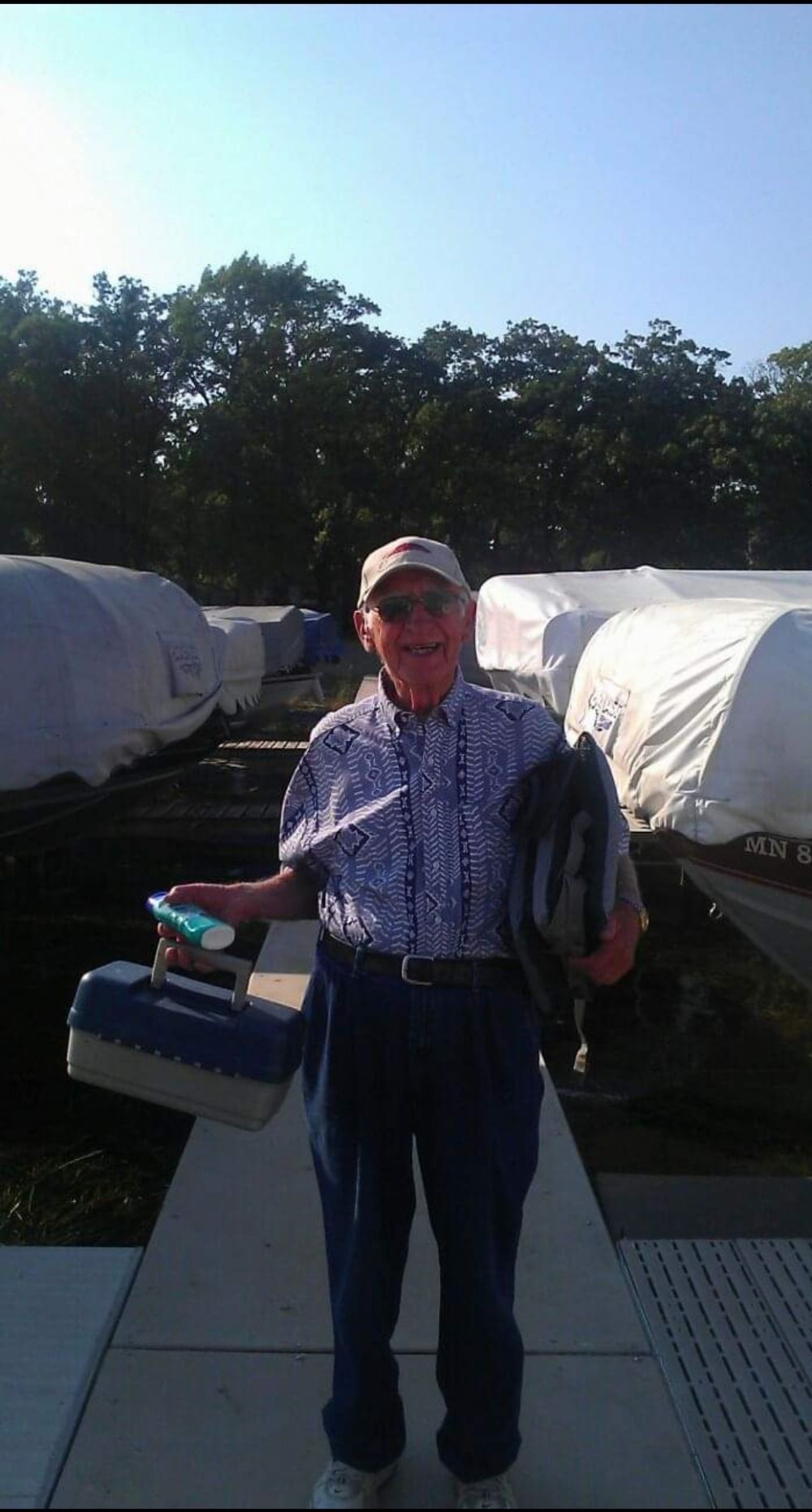 Leonard A. Schreiber, age 92, of Alexandria, peacefully entered heaven on Sunday, December 19, 2021, at home surrounded by his family.

Leonard Albert Schreiber was born on August 29, 1929, in Jackson, Minnesota. His parents were Edward and Mary (Rezac) Schreiber, and he was one of ten children raised on his family’s farm. Leonard married the love of his life, Eva Lou Wasnick, on January 27, 1952; they would have celebrated 70 years of marriage this January.

Len was drafted in August of 1951; just five days after his wedding he was deployed to active combat in South Korea, serving in the United States Army until 1953. He was a Sergeant in the 2nd Chemical Mortar Battalion, providing support for the 8th ROK Infantry division of South Korea. In November of 1952, his unit was awarded the Presidential Unit Citation by then-President Syngman Rhee for meritorious service, earning three battle stars: Kumhwa Valley, Sniper Ridge, and Triangle Hill. His service to his country meant so much to Leonard, and in May of 2017, he was thrilled to embark on a Veterans Honor Flight to Washington, D.C. where his grandsons Spencer and Brandon escorted him to see the memorials.

Len started his post-military career as a manager for the Red Owl Corporation, serving longest in Owatonna, Minnesota. In 1967, he moved his family to Graceville, Minnesota to operate his own store, Schreiber’s Jack and Jill. In 1972, he fulfilled his lifelong dream of owning a resort by purchasing Viking Bay Resort on Lake Miltona. He also became a licensed real estate agent, earning Top Producer in a five-state area his first year.

Len was an avid outdoorsman who spent countless hours fishing on Lake Miltona, deer hunting in the north woods, and pheasant hunting in South Dakota with friends and family by his side, making endless memories. Leonard was also an accomplished musician, starting his own dance band, the Jolly Tunesters, as a young man. His accordion playing was a big part of his life and he continued to play at the Islander Resort the 33 winters he and Evy spent in Lake Havasu City, Arizona.

Len was a strong, devoted man of integrity and faith who inspired all of his children and grandchildren to always do their best, frequently saying, “You’re a Schreiber; you can do it!” He loved Jesus as his Savior with his whole heart, and Len knew with certainty he would spend eternity with the Lord. As John 16 states in the Bible, “...You have grief now; but I will see you again, and your heart will rejoice...” As he neared his life's end, he confirmed repeatedly that yes, we will grieve, but not in vain because we have the hope of heaven where the love of Jesus surrounds all of us forever.

He was preceded in death by his parents; and nine siblings.

To order memorial trees or send flowers to the family in memory of Leonard "Len" A. Schreiber, please visit our flower store.
Send a Sympathy Card