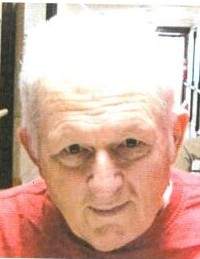 A funeral service is 11 a.m., Friday, October 9, 2020, at Lind Family Funeral Home with Rev. Ralph Erickson officiating and will be broadcast from the parking lot on 105.3 FM radio. Interment will take place at Rose City Evangelical Free Cemetery.

Leonard Alden was born on February 6, 1944, to Aloysius and Mildred (Brown) Hermes in Allison, Iowa. He was baptized at St. John’s Lutheran Church in Holloway, Minnesota and confirmed at Rose City Evangelical Free Church.  He attended Rose City Country School District #51, through the 8th grade.  Leonard graduated from Parkers Prairie High School in 1962. He farmed until 1977, worked at the Coca Cola plant, did chores for area farmers, and helped the neighbors with yard work.  He was a member of Rose City Evangelical Free Church where he did many acts of service with church cleaning, ushering, and helping set up for services.  He was a member of the Rose City Creamery where he sold milk and drove milk truck. Leonard enjoyed baseball and liked to play softball on Sunday afternoons and cards with the neighborhood guys.

He was preceded in death by his parents; brother, Merlyn Hermes; and niece, Sheryl Brakken-Feely.

Leonard is survived by his two sisters, Maggie (Alan) Andreasen of Glenwood and Shirley (Jim) Brakken of Carlos; brother, Roger (Vicki) Hermes of Alexandria; and numerous nephews, nieces, and cousins.

To order memorial trees or send flowers to the family in memory of Leonard Hermes, please visit our flower store.