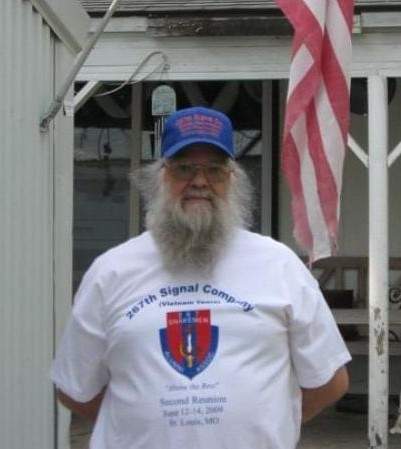 Leonard F. Carlquist, age 75, of Nelson, died peacefully surrounded by his family on Thursday, March 3, 2022, at home under the care of Hospice of Douglas County.

Visitation will be 4-7 p.m., Monday at Lind Family Funeral Home and continue one hour prior to the service on Tuesday.

Leonard Frank Carlquist was born on March 4, 1946, to Fred and Catherine (Illetschko) Carlquist in Alexandria. He grew up in Nelson and graduated from Hoffman High School in 1964.  Leonard enlisted in the United States Army where he served in Vietnam from 1964-1967. Following his honorable discharge, he attended technical college in Mason City, Iowa. Following his education, Leonard returned to Nelson and began working for Thompson Heating and Air Conditioning in Alexandria. He also worked at the Corral in Nelson where he met the love of his life, Elaine Reinke.  They were united in marriage on July 5, 1975. Together, they raised their beautiful family in Nelson where he lived until the time of his death. In his free time, Leonard loved spending time with his family and friends. He had a passion for classic cars and belonged to the Vintage Car Club. He was also a member of the VFW Post #936.

He was preceded in death by his parents; brothers-in-law, Steve Johnson and Mike Terpstra.

Honorary urnbearer will be Brian Ley.

To order memorial trees or send flowers to the family in memory of Leonard Frank Carlquist, please visit our flower store.