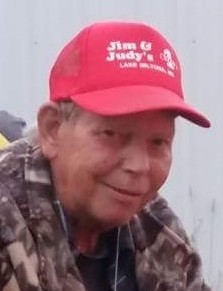 A memorial service will be held on Saturday, July 8, 2017 at 10:30 a.m. the Lind Family Funeral Home in Miltona, Minnesota with Pastor John Riggle officiating. There will be an open house at the farm following the service. A private family burial will take place at a later date.

Kenneth Robert Johnson was born on February 1, 1951 to Robert and Donna (Koehler) Johnson in Nebraska City, Nebraska. Kenny attended country school in district #40 in Nebraska and in 1966 his family moved to Lake Miltona to own and operate the Stodden’s Resort. He attended and graduated from Alexandria High School and went on to Alexandria Technical College to complete his mechanic certifications. Kenny worked for Steinberg Chevrolet, Cenex, and ran his own business in Miltona for a number of years. Kenny ventured off to the Twin Cities until he returned to the Miltona community in 2010. Kenny enjoyed hunting, fishing, and golfing.

He was preceded in death by his father, Robert Johnson; and step-son, Josh.

To order memorial trees or send flowers to the family in memory of Kenneth "Kenny" Johnson, please visit our flower store.