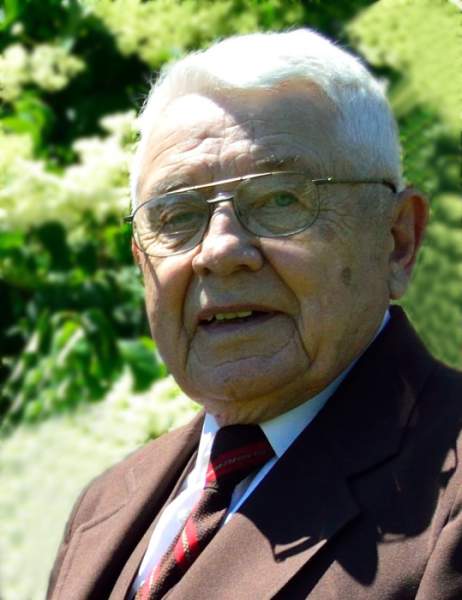 Visitation is 5-7 p.m., Friday, November 22, at Lind Family Funeral Home in Alexandria and will continue one hour prior to the service at the church.

Kenneth Jakob was born on November 9, 1925, to William and Ida (Mundt) Karius in Fredonia, North Dakota. He was baptized at home and confirmed in Brooklyn Center. Kenneth attended school through the eighth grade. The family moved in 1938, to their family farm in Napoleon, North Dakota. In the fall of 1950, Kenneth moved to Minneapolis and started working at Johnson Nut Company. He was united in marriage to Grace Sheldon in 1951, in Minneapolis. Together they had two sons and raised them in Brooklyn Center. Kenneth began working for Northwest Corrugated Box Company in 1958, and was there for 38 ½ years. Grace died in 1974. Kenneth was united in marriage to Agnes Neilson in 1979, in Minneapolis. Kenneth retired in 1989, and the couple moved to Lake Miltona in 1994. Agnes died in 2010, and Kenneth continued to make his home on Lake Miltona. He was a member of Trinity Lutheran Church in Carlos and the Fraternal Order of Eagles 3063 in Alexandria. Kenneth enjoyed fishing, dancing, vacationing and camping.

He was preceded in death by his parents; wives, Grace and Agnes; and two sisters, Elda and Alma.

Kenneth is survived by his two sons, Larry Karius of Miltona and Dennis (Jan) Karius of Plymouth; seven grandchildren; 13 great-grandchildren; and several nieces and nephews.

To order memorial trees or send flowers to the family in memory of Kenneth J. Karius, please visit our flower store.