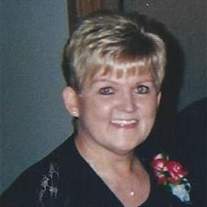 Kathleen L. (Hemquist) Carlson, age 65, of Albertville, died Sunday, January 31, 2016, at her home, surrounded by her family, under the care of Hospice.

Visitation will begin at 9 a.m., Friday at the church and will continue until the time of the service.

Kathleen Louise Carlson was born on November 15, 1950, to Carmen and Agnes (Schiewe) Hemquist in Parkers Prairie. She was baptized on January 13, 1951, and confirmed on September 26, 1965, at First Evangelical Lutheran Church in Parkers Prairie. She attended public schools and graduated from Parkers Prairie High School in 1968. Following her education, Kathleen worked at Northwestern National Life Insurance followed by McQuay, both in Minneapolis. She retired from Liberty Mutual Insurance in Golden Valley, where she worked for 23 years. Kathleen also worked as a bookkeeper for her husband's cleaning business for many years. She was united in marriage to Morley Carlson on October 24, 1970, at First Evangelical Lutheran Church in Parkers Prairie. Following their marriage they built their first home together in Long Lake, where they were blessed with two daughters. After five years in Long Lake, they moved to Maple Plain on Lake Independence where they lived for 23 years. In 2001, they moved to Albertville where they resided until the present. Kathleen enjoyed boating, jet skiing, grilling, baking, cooking and spending time at their lake home on Lake L'Homme Dieu. She loved spending time with her family, especially, her grandson, Charlie.

She was preceded in death by her parents; and nephew, Justin Carlson.

To order memorial trees or send flowers to the family in memory of Kathleen Carlson, please visit our flower store.