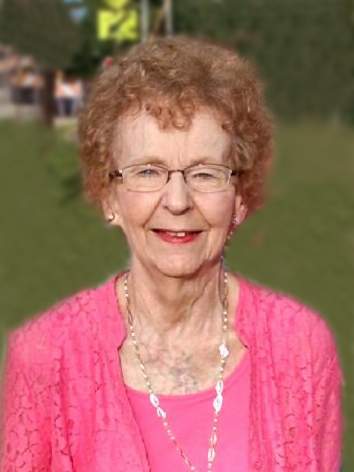 Visitation will be from 5-8 p.m., Wednesday at First Evangelical Lutheran Church and will continue one hour prior to the service.

Judith Esther was born on July 7, 1933, in Minneapolis and was adopted nine months later by her parents, Christopher and Edna (Westmark) Waro.  Judy grew up in Minneapolis and attended public schools, finishing her education at Patrick Henry High School in North Minneapolis.  Following her education, she worked as a licensed practical nurse.  Judy was united in marriage to Warren H. Carlson at Camden Covenant Church in North Minneapolis on July 5, 1952.  Following their marriage, they lived at Camp Atterbury in Columbus, Indiana where Warren was stationed.  When he was deployed to Japan and Korea, Judy returned to Minneapolis to live near her parents. While Warren was serving overseas, Judy found a recording studio in Minneapolis, where she recorded songs to sing and sent them to him.  Following his honorable discharge in November of 1953, they lived in Faribault for a short time before moving to the family farm north of Parkers Prairie in 1954.   Judy was a homemaker and raised her seven children on the farm and was active in her church, First Evangelical Lutheran. She enjoyed being a part of WELCA and the ladies study club. She also enjoyed music and sang for many special events along with duets with her husband, Warren. Judy loved flower and vegetable gardening, canning and antiquing. She and her husband moved from the farm into Parkers Prairie in 1996. They were antique dealers for 18 years and had their business, Antiques & Accents in both Alexandria and Brainerd until 2001.  Judy worked as a retail sales associate for Herbergers in Alexandria from 2000-2007.  Together, Judy and Warren enjoyed playing Bunco with friends and neighbors, couples bowling and traveling for State and National Turkey Growers Association meetings.

She was preceded in death by her parents; sister, Ruthanne Waro; and grandson, Ethan Odenthal.

To order memorial trees or send flowers to the family in memory of Judith Carlson, please visit our flower store.