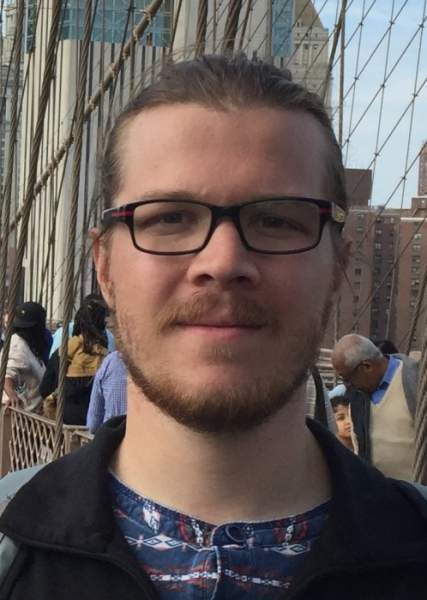 Joseph “Joey” Braddock Ferguson, age 25, of South St. Paul, passed away Monday, March 13, 2017, following a heart attack he suffered while on a rock climbing trip to the Red River Gorge of Kentucky.

Visitation is 4-7 p.m., with a time of sharing at 7 p.m., Friday, at Lake Community Church and will continue one hour prior to the service.

Joey was born on February 12, 1992, to his parents Tim and Jean Ferguson in Alexandria. Joey grew up on the lakes of Alexandria with his older brother Jake. They loved to snowboard, skateboard, wrestle, and play paintball.  Joey was a caroler in high school and graduated from Jefferson High School in 2010.  He attended Bethel University in Arden Hills, and studied business and marketing. Following college, he began working at Midwest Mountaineering, GearJunkie, and Whistling Well Apple Orchard. After dating for what seemed like forever, Joey married Katie Riesenweber in August of 2014, at Ferguson’s Apple Orchard in Eau Claire, Wisconsin. Following their marriage, they spent their time cooking, hiking, traveling, binge watching “The Office”, and laughing together. Joey’s hobbies included travel, rock climbing, kayaking, snowboarding, and spending time with friends. Joey’s favorite place in the world was Jackson Hole, Wyoming where he spent many summers with his family.

To order memorial trees or send flowers to the family in memory of Joseph "Joey" Ferguson, please visit our flower store.