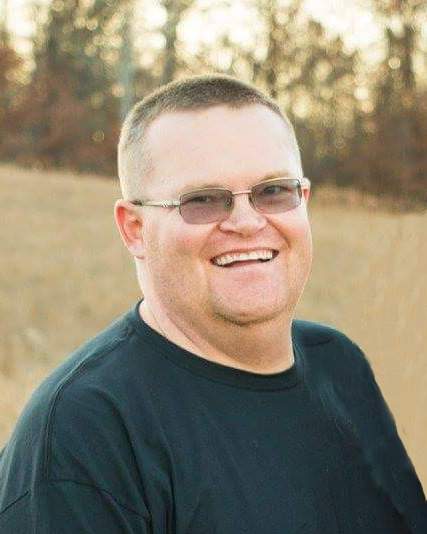 Joseph "Joe" W. Koopman, age 40, of Alexandria, died of injuries sustained as a result of a car accident near Minneota on Friday, May 17, 2019.

A funeral service will be 11 a.m., Wednesday, May 22, 2019, at Lake Community Church in Alexandria with Rev. Ralph Erickson officiating. Music is provided by pianist, Bev Steuck.  Interment will take place with full military honors accorded at the Minnesota State Veterans Cemetery in Little Falls at 11 a.m., Thursday, May 23, 2019.

A visitation will be held 4-8 p.m., Tuesday at Lind Family Funeral Home in Alexandria and will continue one hour prior to the service at the church.

Joseph William was born on October 3, 1978, to Lyle and Brenda (Coudron) Koopman in Hendricks, Minnesota.  Joe was the oldest of five siblings and was raised in Ivanhoe where he attended public school and graduated from Ivanhoe High School in 1997.  He enlisted in the United States National Guard in 1996, continuing his service for the next 20 years.  He was deployed twice, once in 2004-2005, to Kuwait and again in 2011-2012, to Iraq.  Joe was united in marriage to Chelsey Ann Lange on September 11, 2010, in Alexandria.  Following their marriage, they made their home in Alexandria.  Joe worked for Fast Global Solutions in Glenwood since May 4, 2015, until the presentt time.  He and his family attended Rose City Evangelical Free Church and was also actively involved in the Jingle Bells Foundation.  He was a member of the Ivanhoe VFW.  Joe was a passionate and avid Minnesota Vikings and Minnesota Twins fan.  Sports and all Minnesota teams were his favorite pastime but, truly, his girls were his pride and joy.  Joe had an enormous heart and was willing to give the shirt off his back for anyone he cared about.

Per the family's request, please wear either Minnesota Vikings or Minnesota Twins attire to his funeral in honor Joe's love of Minnesota sports.

To order memorial trees or send flowers to the family in memory of Joseph "Joe" Koopman, please visit our flower store.