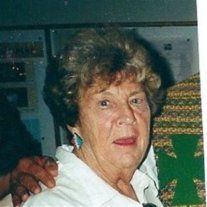 Mass of Christian Burial will be held 11:00 a.m., Saturday, April 20, 2013, at St. Nicholas Catholic Church in Belle River with Fr. Dave Petron officiating. Music will be provided by her family.

Josephine Elizabeth was born October 5, 1931, in her parent's home, Henry and Anna (Daas) Revering in Urbank, Minnesota. She was baptized and confirmed at the Sacred Heart parish in Urbank. She graduated from the 8th grade at District #56 school in Douglas County. She worked at Traveler's Inn in Alexandria. When she moved to Minneapolis she worked at the Normandy Village, and later at the Star Beauty Supply Company. Auntie Joie became a favorite to her nieces in Minneapolis and frequently brought them to grandma's farm near Alexandria. Josephine was especially grateful to the Golden Valley Treatment Center where she began her recovery from the illness of alcohol addiction. She continued her recover in the Richfield-Bloomington A.A. community. She became an active member and served on a team which assisted in the recovery process for many others suffering from the same illness.

Besides her parents, she is preceded in death by seven siblings.

To order memorial trees or send flowers to the family in memory of Josephine Revering, please visit our flower store.
Send a Sympathy Card