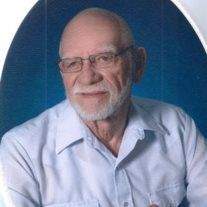 Visitation is 5-8 p.m., Friday with 7:00 p.m., parish prayers at the church. The visitation will continue one hour prior to the service.

Joseph Henry Dorn was born March 19, 1933, to Harry and Barbara (Klimek) Dorn in Leaf Mountain Township. He was baptized and confirmed at Sacred Heart Catholic Church in Urbank. He grew up on the Dorn family farm, attended country school in Leaf Mountain Township and graduated from Parkers Prairie High School in 1951. Following his education he served in the U.S. Navy on the U.S.S. Randolph Aircraft Carrier as an airplane mechanic until his honorable discharge in 1955. He returned to Parkers Prairie following his service and started working as a repairman for Midwest Telephone Company. Joe was united in marriage to Jane Anne Revering September 7, 1957, in Lake Reno, Minnesota. They made their home in Parkers Prairie where they raised their family and were active in the community. Joe eventually became vice-president of the telephone company in the early 1960's. He, his father-in-law and brothers-in-law began the Cable Plow Company where Joe was President and in addition to running the company worked right alongside his employees. Following his retirement in 1993, Joe immersed himself in his hobbies and family. He was passionate about hunting, fishing, and sports. He especially enjoyed watching his kids and grandkids play and if the game didn't go well, "it was ALWAYS the ref's fault!" Joe was a member and usher of St. William's Catholic Church, 33 year member of the Parkers Prairie Fire Department and President of the Relief Association, Lion's and Sportsman's Club, Boy Scout Master and City Council Member. Joe was deeply devoted to his faith, family, community and country . . . . . . .and had some fun along the way!

He is preceded in death by his parents; infant sister, Deloris and wife, Jane on April 7, 2007.

To order memorial trees or send flowers to the family in memory of Joseph Dorn, please visit our flower store.