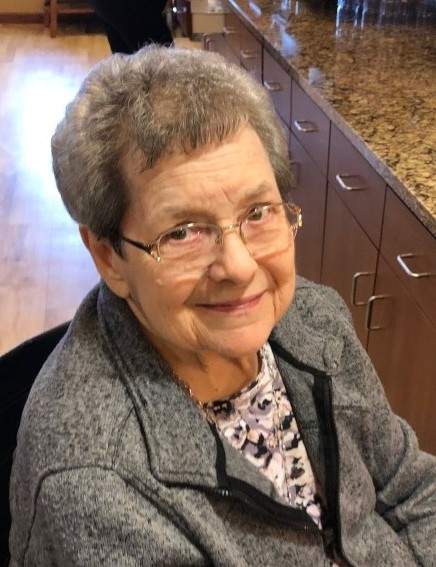 A funeral service will be held on Thursday, May 30, 2019, at 12 p.m. at Elliston-Stanley Funeral Home in Williamstown, Kentucky. Interment is at Hill Crest Cemetery, Dry Ridge, Kentucky.

A visitation will take place at Elliston Stanley Funeral Home, Williamstown, Kentucky, on Wednesday, May 29 from 6 p.m.-8 p.m. and one hour prior to the service.

JoAnna Jeanette was born on January 6, 1934, to Jesse and Venna (Motter) Ridenour in Spencerville, Ohio.  JoAnna attended grade schools in the Lima, Ohio, area until the family moved to Kentucky. She completed grade school in Kentucky, and then returned to Lima to live with her aunt and attend high school.  She graduated from Lima South High School.

She was united in marriage to Donald O. Johnson on July 3, 1958, at the Christian and Missionary Alliance Church in Lima, Ohio.  Following their marriage, they made their home first in Jackson, Michigan, until 1961, when they moved to Decatur, Illinois, where their two sons were born.

JoAnna worked as a secretary for Manpower in Decatur, Illinois, from 1972 to 1976, and then as a library secretary for the Decatur Public Schools from 1976 until her retirement in 1992.  She was a member of East Park Baptist Church in Decatur where she served as church librarian.

In 2000, following her husband’s retirement they moved to Avon, Indiana. In Indiana, she was a member of Mt. Tabor Baptist Church, Lebanon, Indiana, where she again served as church librarian. In Avon, she volunteered at the Washington Township Library.

When she wasn’t working in a library, JoAnna enjoyed reading and gardening.

In November of 2017, JoAnna and her husband moved to Grand Arbor, a Senior Living Facility, in Alexandria, Minnesota.

Pastor Jason Grubbs, Lead Pastor of Mt. Tabor Baptist Church, Lebanon, Indiana, had been JoAnna’s pastor for seven years. He will be conducting the funeral service.

In lieu of flowers please give a donation to your local library or church library in memory of JoAnna.

To order memorial trees or send flowers to the family in memory of JoAnna J. Johnson, please visit our flower store.