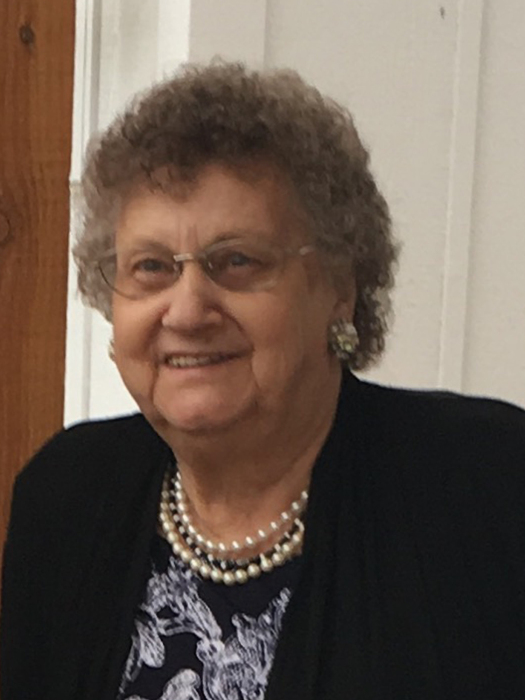 Recitation of the Rosary

Visitation will be from 5 to 7 p.m., with a 7 p.m. rosary, Monday, July 6, at Lind Family Funeral Home in Parkers Prairie. The visitation will continue one hour prior to the service at the church.

A Mass of Christian Burial will be held at 11 a.m., Tuesday, July 7, 2020, at St. William’s Catholic Church in Parkers Prairie with limited seating due to COVID-19, Fr. Peter VanderWeyst is officiating. The service will be broadcast from the parking lot on FM Radio 105.3. Music is provided by Paul Malecha. The interment will take place at the church cemetery, everyone is invited.

JoAnn was born on June 1, 1935, to August and Josephine (Blashack) Buschke on the family farm in Eastern Township, Parkers Prairie. She was baptized and confirmed in the Catholic faith. JoAnn attended school in Parkers Prairie. Following her education, she was united in marriage to Henry “Pete” Kamphake on October 25, 1952, at the St. William’s Catholic Church (the second wedding performed in the church). Together they lived with Pete’s parents and started their own family. They temporarily moved to Virginia, Minnesota for Pete’s work before returning to Parkers Prairie to take over the family farm. Pete and JoAnn raised their seven children on the farm (all of their names starting with the letter “J”).  JoAnn’s main priority was to raise her children and help on the farm. When the children were older, she helped manage and operate several of their family businesses in Parkers Prairie. She was a member of St. William’s Catholic Church and its Christian Mothers. JoAnn enjoyed playing cards, Poker with her grandsons, Bingo and going to the casino. She also loved animals, gardening, and flowers. JoAnn was especially known for feeding everyone her great home cooked food and her strong faith in the Lord.

She was preceded in death by her parents; husband of 66 years, Henry “Pete” in 2019; two sons, Jerry in 1976 and Jim in 2012; brother, Wilmer Buschke; and four sisters, Doreen Wallander, Veronica Moritz, Loretta Revering and Adelle Krause.

To order memorial trees or send flowers to the family in memory of JoAnn Kamphake, please visit our flower store.
Send a Sympathy Card

Recitation of the Rosary