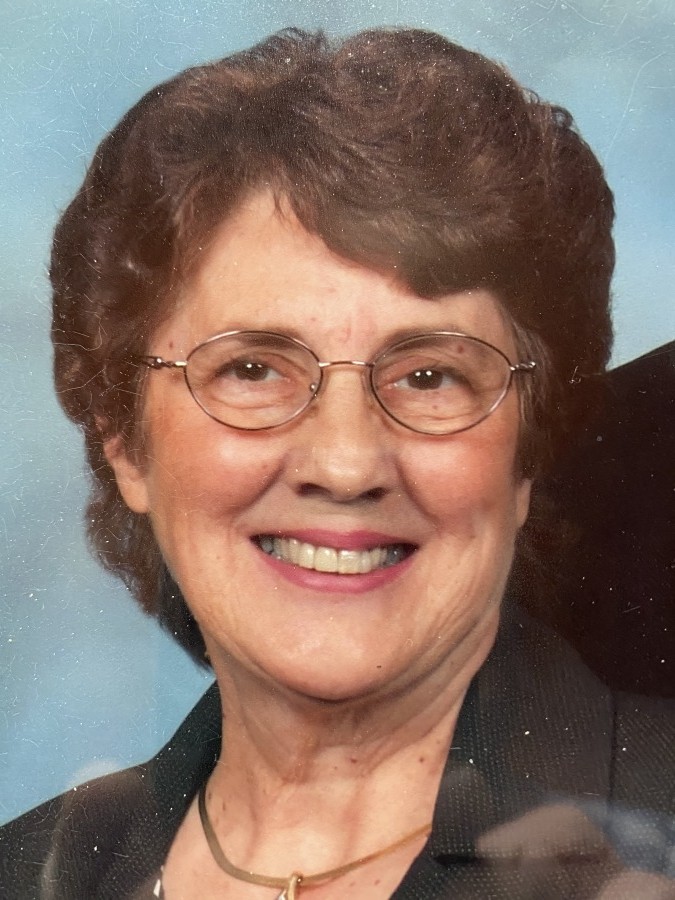 A funeral service will be held at 1 p.m., Saturday, February 1, 2020, at Faith Lutheran Church in Miltona with Rev. John Riggle officiating.  Music is provided by pianist, Kevin Lee and vocalist, Dedra Zwieg. Interment will take place at the church cemetery.

A visitation is 5-7 p.m., Friday at Lind Family Funeral Home in Parkers Prairie.  The visitation will continue one hour prior to the service on Saturday at the church.

Joanie Faye was born on September 13, 1939, to Ogel and Thelma (Fayette) Negaard in Grafton, North Dakota.  She was baptized and confirmed at Lawton Lutheran Church in Lawton, North Dakota.  She attended and graduated from Lawton Public School in 1956.  Joanie was very active in school, playing basketball, being the catcher on her softball team, as well as being an all sports cheerleader. She was also her dad’s right-hand-helper on their dairy and grain farm and always made time to rider her horse, Pal.  In the fall of 1956, Joanie attended Aakers Business College in Grand Forks, graduating in June of 1957.  While at Aakers, she met Robert Houfburg, whom she would later marry.  Joanie worked at the Grand Forks Herald in the Circulation Department from 1957-1961. She married Robert on July 10, 1960. Following their marriage, they lived in an apartment in East Grand Forks, Minnesota.  Their daughter, Wendy was born on April 26, 1961.  That fall, the family moved to El Monte, California where Robert taught.  In 1963, they moved back to East Grand Forks to live with Robert’s folks, Ivar and Olive Houfburg, while Robert attended the University of North Dakota to earn his master’s degree.  On July 31, 1963, they were blessed with their first son, Rodney. In the fall of 1964, they moved to Cypress, California where Robert taught in the Anaheim Union High School District until June of 1966.  The family returned to New Brighton, Minnesota where Robert was a teacher and coach at Brooklyn Center High School.  While living in New Brighton, their second son, Ryan was born on February 22, 1969.  Joanie worked for R.T. Wilson Co., in New Brighton until December of 1979.  She was a stay-at-home mom until 1980, and then worked in accounting at Mutual Service Insurance in Roseville until she retired in June of 1996.  Following retirement, they sold their home and moved to Lake Miltona where she lived until April of 2015.  They were members of Faith Lutheran Church.  Joanie was a member of the Stewardship Committee and WELCA for many years.  Always a helper, Joanie volunteered whenever she was needed. She always had beautiful flower gardens and a large vegetable garden on their farm by Rose City.  Her family enjoyed the large variety of fresh produce and all the great food she canned every fall.  From 1978 until 2014, Joanie, Robert and their family traveled though many states and enjoyed their motorhomes. Joanie and Robert also enjoyed several winters at Riverview Resort in Bullhead City, Arizona. Until her illness, Joanie had a very full, family- oriented life.

She was preceded in death by her parents; and brothers, Carman Negaard and Robert Negaard.

To order memorial trees or send flowers to the family in memory of Joanie Houfburg, please visit our flower store.
Send a Sympathy Card