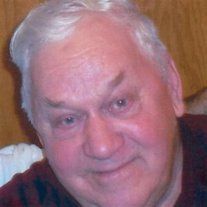 Funeral services will be held 11:00 a.m., Wednesday, November 7, 2012, at Our Lady of Seven Dolors Catholic Church in Millerville with Fr. Herb Gappa, M.M., officiating. Music will be provided by Donna Korkowski, Bernice Dalluge and the church choir. Burial will take place at the church cemetery.

Jerome Henry Klimek was born to Peter and Anna (Buerskin) Klimek at home in Leaf Valley Township, Douglas County, Minnesota. He was baptized and confirmed at Our Lady of Seven Dolors Catholic Church in Millerville. He attended St. Mary's Parochial School in Millerville. He was united in marriage to Delleen "Adella" Daas June 14, 1950, at Sacred Heart Church in Urbank. Following their marriage they raised their family on his family farm in the Millerville area. He spent his life working hard: farming, roofing and building grain dryers. Jerome was a member of Our Lady of Seven Dolors Catholic Church. He enjoyed hunting, fishing and gardening. He loved spending time with his children, grandchildren and great-grandchildren.

To order memorial trees or send flowers to the family in memory of Jerome Klimek, please visit our flower store.
Send a Sympathy Card