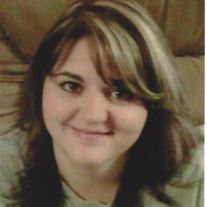 Jenna S. Thoennes, age 30, of Parkers Prairie, died Monday, October 27, 2014 at St. Cloud Hospital.
Funeral Services are 2:00 p.m., Saturday, November 1, 2014, at Immanuel Lutheran Church with Rev. Kirk Lee officiating. Music is provided by organist, Maureen Diedrich and vocalist, Dedra Zwieg. Burial will take place at Parkers Prairie Cemetery.
Visitation is 5-8 p.m., Thursday, October 30, 2014 at Lind Family Funeral Home. The visitation will continue on Saturday one hour prior to the service at the church.
Jenna Sandy (Ehnes) Thoennes was born October 14, 1984, to Dennis and Nicolette (Rausch) Warren. Jenna was raised in Parkers Prairie, attended Parkers Prairie Public Schools where she was active in Speech and FFA, and graduated in 2003. She continued her education at the University of Minnesota-Morris, St. Cloud State University and M-State, Wadena. During her education she worked for McDonald's in Morris and St. Cloud until she became manager at the North Alexandria location. She also worked at Wadena Inn & Grill as a waitress and manager. Jenna was baptized August 2, 2008, at Immanuel Lutheran Church in Parkers Prairie. She was united in marriage to Troy Thoennes August 23, 2008, at Immanuel Lutheran Church. Following their marriage Jenna worked at the Staples Hospital as a Dietary Assistant and at Pro Fab in Carlos. After working outside of the home, Jenna chose to be a stay-at-home mom for her two daughters. Jenna was a member of Immanuel Lutheran Church and actively helped in the WINGS program. She was also active in the Hewitt Lions Club. Jenna enjoyed crafting, camping and gardening. Jenna was "all about family" and her love for everyone shone brightly in the way she lived.
She was preceded in death by her brother, Joshua; paternal grandparents, Ralph (Rosella) Warren; and maternal grandfather, David Rausch.
Jenna is survived by her husband of six years, Troy; two daughters, Ariana and Alayah Thoennes; parents, Dennis and Nicolette Warren of Miltona; brother, Jason (Cristy) Ehnes of Osakis; two sisters, Sara (Eric Thomas) Ehnes and Katie (Chad) McMillian both of Parkers Prairie; maternal grandparents Vern (Pam) Hurtig of Hewitt; and many nieces and nephews.
Pallbearers are Shane Christensen, Ryan Toon, Caleb Kilman, Hunter Penrose, Patrick Meemken, Quinten Lindstrand, Noah Smith and Dylon McMillan. Honorary pallbearers are her nieces and nephews.

To order memorial trees or send flowers to the family in memory of Jenna Thoennes, please visit our flower store.