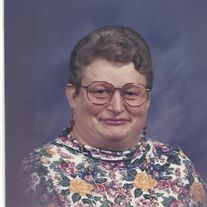 Visitation is one hour prior the service at the church.

Janice Joann Karger was born October 24, 1946, to John and Augusta (Scheel) Stende in Alexandria. Janice grew up on a farm in West Miltona. She was baptized and confirmed at St. Paul's Lutheran Church in West Miltona. She attended country school through the sixth grade and graduated from Parkers Prairie High School in 1965. Following her education, Janice was employed at several businesses; Shady Lane Nursing Home in Wadena, Swift in Frazee, Lee's Chinese Restaurant St. Luke's Nursing Home and Country Kitchen in Alexandria. She was united in marriage to Marvin Karger at St. Paul's Lutheran Church in West Miltona. Janice enjoyed country music, fishing, gardening, flowers and baking; especially at Christmas time, which she made sure everyone received a box of goodies to take home. In the fall, Janice made several types of refrigerator pickles and gave friends and family ice cream pails full of them. She especially enjoyed time spent with friends and family.

She was preceded in death by her parents; and husband, Marvin Karger.

To order memorial trees or send flowers to the family in memory of Janice Karger, please visit our flower store.