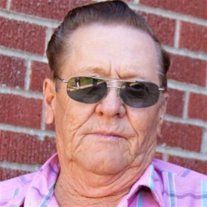 Visitation will be 4-7 p.m., Monday at Lind Family Funeral Home in Miltona and continue one hour prior to the service at the church.

James Kenneth Schultz was born May 26, 1944, to John and Evelyn (Wilke) Schultz in Alexandria, Minnesota. He was baptized and confirmed at Mt. Calvary Lutheran Church. He grew up in Carlos Township and attended Country School District #69, and District #55. He graduated from Jefferson High School in Alexandria. Following his education he worked as a truck driver for Rasmussen Trucking. He was drafted into the U. S. Army in July of 1965 - May of 1967, serving in Vietnam for a year. Following his honorable discharge, Jim returned home and drove can milk truck for Mike Steidl. He was united in marriage to Deanna Weisgram on June 20, 1969, at Mt. Calvary Lutheran Church. Following their marriage they lived in Miltona Township where they raised their family and continued living. He drove truck for Local Gas, R & R Concrete, Miltona Creamery and CSI. Jim was a member of Faith Lutheran Church and the Miltona V.F.W. He was a former member of Mt. Calvary Lutheran Church. He enjoyed fishing, hunting and gardening.

To order memorial trees or send flowers to the family in memory of James Schultz, please visit our flower store.
Send a Sympathy Card