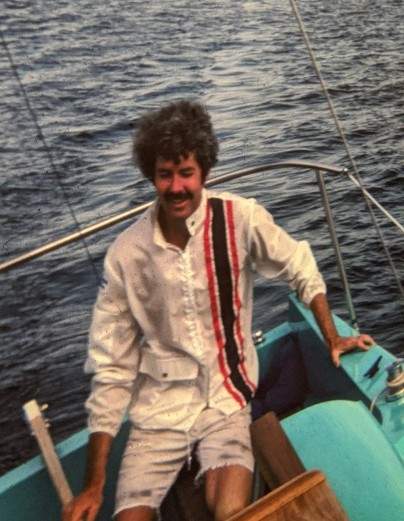 James “Jim” Lloyd Reiter, age 81, passed away peacefully on Saturday, December 14, 2019, in his home at the Ebenezer Care Center, Minneapolis.

A memorial service will be held at 2 p.m., Sunday, December 22, 2019, at the Thompson-Doughtery Historic Funeral Home in Minneapolis. A reception will follow the service. He was interred at Kinkead Cemetery in Alexandria beside his son, Noel.

Jim was born on December 27, 1937 in Mankato, Minnesota to Margret B (Jones) and Adrian Randolph Reiter. He spent his youth in Plainview, Minnesota, graduating from Plainview High School in 1956. Post-graduation, he attended the University of Minnesota where he graduated with a BA in Education. He served in the Navel Reserves as an Aviation Electronic Technician and student taught in St. Louis Park, Minnesota.

Jim married Gayle Avis Harrington on July 16, 1961 and moved to Alexandria, Minnesota, where he taught in the Business Department of the High School until his retirement. Jim and Gayle had two children, Noel James and Evan Lloyd. They divorced in 2002. In 2008, Jim moved to Prescott, Wisconsin. In November of 2016, Jim suffered a severe brain injury that eventually landed him at the Ebenezer Care Center, his final home.

Jim was a passionate lover of dogs, grooming dogs as a side job and always devoted to his own canines. He loved music, particularly choir, which he actively sang in for much of his life. He played the clarinet and was involved in community theater. At various times in his life he enjoyed boating, skiing, road tripping, model railroading, snow plowing, skating, wine making, snowmobiling, drawing and painting, dog breeding, and line dancing. Above all, his greatest past time was conversation.

He was preceded in death by his parents, Adrian and Margret Reiter; son, Noel Reiter; and former wife, Gayle Harrington.

Jim is survived by his son, Evan Reiter and his wife, Tanya Gajewska; and two cousins, Marcia (Jones) Richards and Kay (Jones) Jacobson.

To order memorial trees or send flowers to the family in memory of James Reiter, please visit our flower store.