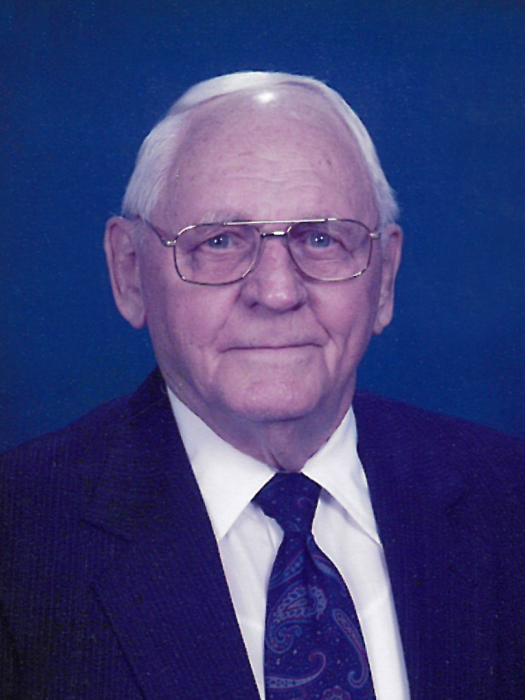 Hilton H. Henschen, age 100, of Otsego, formerly of Austin and Norwood, died on Thursday, June 27, 2019, from complications of hip surgery, at Mercy Hospital in Coon Rapids.

Hilton Herbert Henschen was born on April 29, 1919, to Wilhelm and Hulda (Gennrich) Henschen in rural Norwood, Minnesota.  He was baptized on May 11, 1919, by Rev.  August Rehwaldt and confirmed on April 9, 1933, by Rev. Herman AmEnd at Zion Lutheran Church in Cologne.  Hilton grew up in rural Norwood and attended Zion Lutheran School through the seventh grade and finished eighth grade at the public school.  Following his education, he farmed with his father until he entered the U.S. Army and served during WWII from 1942-1946.  Following his honorable discharge, Hilton returned to Norwood and was united in marriage to Carmen Kloth on August 16, 1946.  They made their home in Norwood where they raised their four children. Hilton attended Dunwoody Institute in Minneapolis for his chief engineer schooling.  He worked for Bongard’s Creamery for 39 years as plant foreman and chief engineer and retired in 1985.  He was a member of the American Legion, St. John’s Lutheran Church Men’s Club, and Mower County Senior Center.  Hilton served on the Norwood City Council, St. John’s Lutheran Church Council, and Mower County Senior Center Board.  Hilton enjoyed carpentry, plumbing, electrical work, travel and playing cards.  His wife, Carmen died on October 11, 1990.  Hilton moved to Austin in 1992, where he became a grandpa to Andrea Anderson, Gabrielle Hall and Jay Stiles. He served as an Usher/Greeter and Communion Server for shut-ins at Grace Lutheran Church in Austin. Hilton moved to Otsego to live with his daughter and son-in-law, Sandy and Richard in 2016. He enjoyed spending time with his family especially while making memories at the lake cabin together.

To order memorial trees or send flowers to the family in memory of Hilton Henschen, please visit our flower store.
Send a Sympathy Card