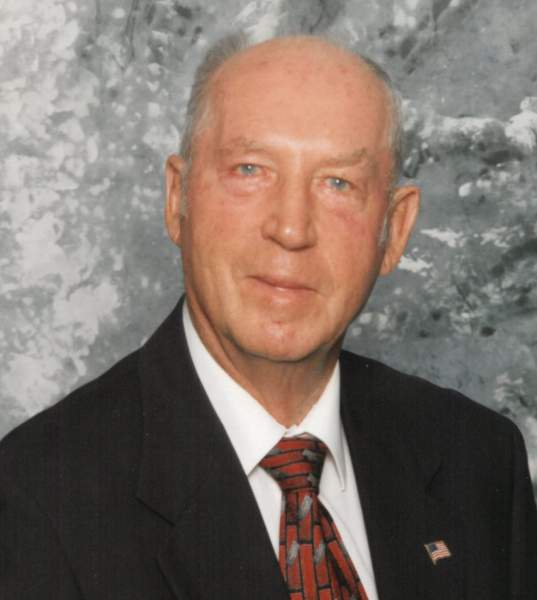 A visitation will be held from 2-4 p.m., on Friday, July 8, 2022, at the Lind Family Funeral Home in Alexandria with a prayer service led by Rev. Jesse Carson starting at 4 p.m. and concluding with full military honors will be accorded by the Minnesota Honor Guard, American Legion Post #87, Veteran of Foreign Wars Post #936, Vietnam Veterans of American Chapter #235, and the Marine Corps League Detachment #1409.

A funeral service will be held at 11 a.m., on Saturday, July 9, 2022, at the East Union Lutheran Church in Carver with Rev. Adam Teske Officiating. A visitation will be held one hour prior to the service at the church. Interment will take place at the church cemetery.

Henry Gordon was born on January 27, 1921, to Oscar and Anna (Rye) Anderson in Mankato, Minnesota. His exceptional height and athletic ability provided him with the opportunity to attend private school at Mankato College High School, where he played football and basketball. After graduating in 1939, he attended Mankato State University where he continued to excel in sports; playing football, basketball, and additionally joined the track team. While on the track team he participated in the 200-meter hurdle, 400-yard relay, javelin throw, and the high jump. At 19 years old, he set the school’s high jump record and held it for several years. In addition to playing sports in college, he drove for Royal Taxi, helped build the college ice rink, and was a part-time cook at Wimpy’s Pantry, all while remaining dedicated to his studies. While attending college, WWII had begun and in November of 1941, the day after the Japanese declaration of war, Gordon enlisted as an Aviation Cadet in the United States Air Force. He was initially stationed in Del Rio, Texas and from there was sent to Agra, India. During his time in the service, he was part of the China Burma India Theater operations. Following his honorable discharge from the Air Force, he returned to Mankato State to complete his degree. Upon graduation, he married his college sweetheart, Gloria Marilyn Olander on June 4, 1950. He continued his education and received his Master of Education degree at the University of Minnesota in 1955. Gordon served as a school administrator in Sanborn from 1948-1951; Hollandale 1951-1953; Ellendale 1953-1957; Wheaton 1957-1962; Le Sueur 1962-1966; and Hastings 1966-1981. Following retirement in 1981, he worked as a consultant with NSP in their training division for several years. Throughout his career, Gordon was active in several educational and community affairs, serving as President of Hastings Kiwanis, Lt. Governor of the St. Paul District of Kiwanis, and active in Toastmasters, Lions Club, American Legion and the Rotary International in several communities.

Gordon had a great love of the outdoors. He enjoyed hunting, fishing, and playing his favorite sport, which he started in his mid-thirties, golf. He considered golf to be a lifelong sport and was often quoted saying, “it can be played at any age" which he led by example and continued to play until he was 101. In 2021, he was featured in MN Golf Magazine for still golfing after he was at 100 years old. He enjoyed golfing in the Alexandria Senior Men’s League and various senior men's leagues in Arizona. He often said that memories were made while golfing. The Painted Mountain Men’s league in Mesa Arizona threw a 100th and 101st birthday party for him. He has five recorded hole-in-ones in his golf career, with his last at the age 98, at the Painted Mountain Golf Resort. He played over 25 years in the Resorters Golf Tournament at the Alexandria Golf Club. He was honored to be the Honorary Chairman of the 98th Resorters in 2019 and the Honorary Centenarian Starter of the 100th Resorters in 2021. In addition to the Resorters, he played 30 consecutive years in the Birchmont Golf Tournament in Bemidji. This was always the family’s summer vacation. He also enjoyed playing in the Pine to Palm Golf tournament in Detroit Lakes.

Gordon spent his winters in Fountain Hills, Arizona where he enjoyed bible studies at his church and the fellowship he experienced at Snap Fitness, where he worked out three times a week. When he was Arizona, he would always be found at church, golfing, or at snap fitness.

He was preceded in death by his parents; wife, Gloria; brother, Robert Anderson; sister, Grace Ronne; and his brother-in-law, Earl Olander.

To order memorial trees or send flowers to the family in memory of Henry "Gordy" Gordon Anderson, please visit our flower store.