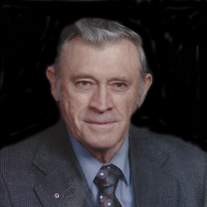 Visitation is 5-8 p.m., Tuesday at the church with a 7 p.m., parish prayer service followed by Knights of Columbus Rosary. The visitation will continue one hour prior to the service at the church.

Harold Anthony Roers was born on August 6, 1930, the fourth child and second son to Edmund and Clara (Klimek) Roers in Effington Township on the family farm. He was baptized and confirmed at Sacred Heart Church. Harold attended Urbank Parochial School. Following his education, Harold was drafted to the Marine Corps in 1952, where he earned his GED and a Corporal rank, serving in the Korean War. Following his honorable discharge in 1954, he returned home and bought a farm where he would raise his family. Harold was united in marriage to the love of his life, Elreen Woida on September 7, 1955, at Sacred Heart Church. Harold was a life-long farmer and retired in 1992. He was active on the Urbank Co-op Creamery as Director, Knights of Columbus as Financial Secretary and honorary life-member, and Effington Township Assessor. He was a life-member of Sacred Heart Church and was active serving as a trustee, usher and cemetery sextant for many years. He was also a member of the Urbank Senior Citizen's Club and Inspiration Peak American Legion Post #0527. Harold was a family man first and farmer second.
He was preceded in death by his parents; infant son, Charles Roers; son, Peter Roers; brother, Matthias Roers; sister, Loretta Klimek; sister-in-law, Diane Roers; and two brothers-in-law, Hank Cihlar and Norbert Klimek.


To order memorial trees or send flowers to the family in memory of Harold Roers, please visit our flower store.