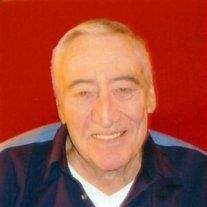 He is survived by his wife of 53 years, Jean; sister-in-law, Joanna Angell of Faribault; two nephews, Randy Angell and Rick Angell;two nieces, Shelly Angell and Sherri Wallgren;cousins; along with other relatives.

He was preceded in death by his parents; and brother, Gary Angell.

To order memorial trees or send flowers to the family in memory of Harlan Angell, please visit our flower store.