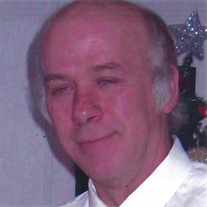 Gregory Gene Payne was born on August 28, 1958, to Gene and Marion (Miller) Payne in Parkers Prairie. He was baptized at Elmo Lutheran Church and confirmed at Immanuel Lutheran Church. He attended Parkers Prairie Public Schools. Following his education he served in the United States Army stationed in Germany where he received honors for marksmanship. Following his honorable discharge he was united in marriage to Sue Tomford on June 4, 1983, at Leaf Mountain Lutheran Church and to this union two daughters were born, Shauna and Krystle. Greg and his family lived in Elmo Township on the Melvin Miller farmstead later moving to Parkers Prairie where he lived until his death. Greg worked with his father in construction for five years before working with Continental Bridge in Carlos as a welder and fork lift operator for 27 years. Greg spent the last two years pursuing his dream of driving truck for Central Specialties of Alexandria. Greg was an avid outdoorsman and loved hunting and fishing. He was also a certified scuba diver.

He was preceded in death by his mother, Marion in 1996; brother, Randy in 2014; and grandparents, Melvin (Ethel) Miller and Calvin (Thelma) Payne.

To order memorial trees or send flowers to the family in memory of Gregory Payne, please visit our flower store.
Send a Sympathy Card