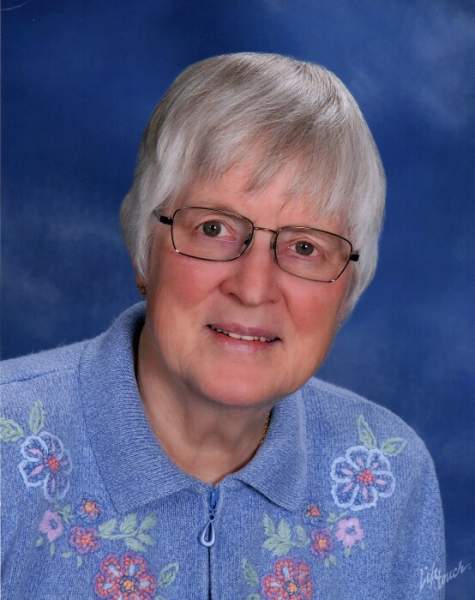 A funeral service will be held at 11 a.m., Thursday, June 24, 2021, at First Evangelical Lutheran Church in Parkers Prairie with Pastor Rachel Stout officiating. Music is provided by organist, Pam Wenzel and vocalist, Mary Younggren. Grace’s funeral will be live streamed at https://fb.me/e/1ynpkwJp8 and broadcast live on 107.3 FM radio to cars parked in the church parking lot. Interment is at the Parkers Prairie Cemetery.

Visitation is from 5-7 p.m., Wednesday, at Lind Family Funeral Home in Parkers Prairie and will continue one hour prior to the service at the church.

Grace Adell was born on April 21, 1928, to Gustav and Anna (Berg) Ronholm in Newfolden, Minnesota. She attended Newfolden Public Schools and graduated from Thief River Falls High School in 1946. Following her graduation, she became a rural schoolteacher. Grace later earned her bachelor’s degree in 1954, from Gustavas Adolphus College in St. Peter. She continued her teaching career in Rochester for two years. Grace was united in marriage to Richard Charles Westlund on July 15, 1956, in Brainerd. Together they moved to Parkers Prairie where she later earned her master’s degree in Library Science from St. Cloud State University and worked as a Librarian. Grace was instrumental in bringing the Guthrie Theater to perform at the Parkers Prairie High School. Following retirement, Grace and Richard spent their winters in San Diego, California where she enjoyed spending time with her daughter, grandchildren, brother, and friends. They would return to Parkers Prairie and Lake Miltona in the summers. She was a member of First Lutheran Church. Grace enjoyed quilting, making lefse, canning strawberry rhubarb jam and crossword puzzles. She was also a veracious reader and followed the Minnesota Twins and Vikings.

She was preceded in death by her parents; husband, Richard; and two sisters, Olive Ronholm and Ellen Golliet.

To order memorial trees or send flowers to the family in memory of Grace Westlund, please visit our flower store.