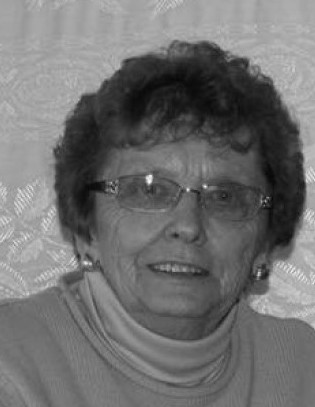 Visitation is 5-8 p.m., Thursday, at Lind Family Funeral Home in Miltona and will continue one hour prior to the service at the church.

Goldie Wilhemina Marie was born on June 29, 1932, to Richard and Frances (Ziesemer) Hertwig on the family farm in Miltona Township.  She attended Alexandria Public Schools where she graduated.  She attended St. Cloud State University for a year.  Goldie met the love of her life, Earl Charles Mittag while dancing.  They were united in marriage on February 19, 1951, in Sioux Falls, South Dakota.  Following their marriage her husband, Earl was called to serve in the Korean War.  While he was away, she lived in Port Townsend, Washington.  Following his honorable discharge, they returned to Minnesota and lived in Eagle Bend for many years.  Goldie enjoyed her role as full time mother to her children, Richard and Greta and later became a foster parent to five children.  They also opened their home and hosted 11 foreign exchange students.  Goldie’s Christian faith was a cornerstone of her life and she was extremely active in her local church, Zone, Region and District ministries within the church.  Goldie and Earl were also godparents to many individuals. After raising her family, Goldie became a nurse’s aide and later became full time caregiver to her mother.  Following retirement, she and her husband moved to live near Lake Irene which they enjoyed for many years.  Volunteering was second nature to Goldie, so much that she and Earl were named Sertoma Volunteers of the Year. They volunteered in many organizations, services and especially Meals on Wheels.  She was a member of Mt. Calvary Lutheran Church, active in Sunday School, VBS, Release Class Teacher, Boy Scout Leader, and past president of the Douglas County Committee on Aging.  Goldie loved reading, and visiting with family and friends, especially spending many hours on the telephone.  She was a complete “people person” and her favorite saying was “where do you fit in? “ She will always be remembered with love.

She was preceded in death by her parents; husband, Earl in 2014; infant daughter, Gwendolyn; son, Rick in 2015; and brother, Edlard Hertwig.

Please direct memorials to the American Cancer Socity, MS Society or charity of your choice.

To order memorial trees or send flowers to the family in memory of Goldie Mittag, please visit our flower store.
Send a Sympathy Card