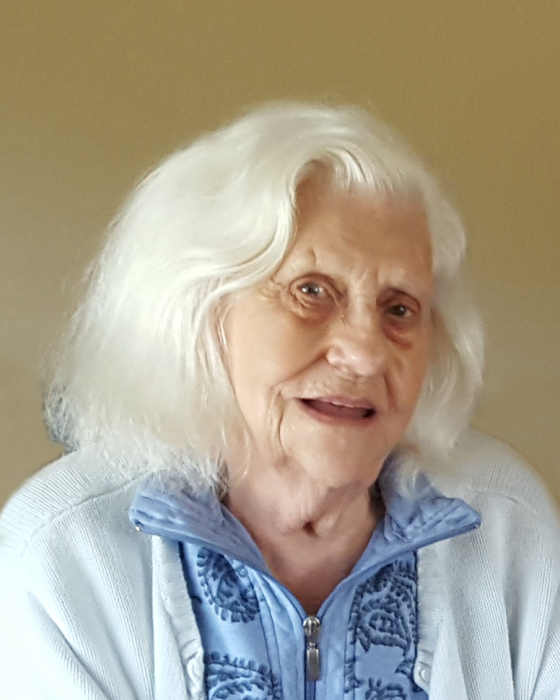 Gloria L. Hemmerlin, age 91, of Fergus Falls, formerly of Vining, died on Tuesday, August 18, 2020, at Pioneer Care Center in Fergus Falls under the care of hospice.

A funeral service will be held at 3 p.m., Saturday, August 22, 2020, at Lind Family Funeral Home in Alexandria with Pastor Rachel Stout officiating. Gloria’s service will be live streamed on her obituary page on the funeral home’s website.  It will also be broadcast from the funeral home parking lot on 105.3 FM.  Interment is at Parkers Prairie Cemetery.

Gloria LaJean was born on April 17, 1929, to James and Esther (Sandahl) Underhill in Clitherall. She attended and graduated from Henning High School. Gloria was united in marriage to Leo Herman Hemmerlin on her birthday, April 17, 1949, in Fergus Falls.  Following their marriage they moved to Watertown, South Dakota for a short time. They moved to a farm outside of Vining where they lived for 50 years. Gloria raised their five children while also working nights at the Henning Nursing Home for 30 years as a Certified Nursing Assistant. Following Leo’s death, Gloria remained on the farm for an additional 12 years. She was known for being spiritual, independent, and a strong woman. Gloria enjoyed making pies, cakes and cookies for anyone that stopped to visit.  She also enjoyed needle point sewing, bird watching, and feeding the farm cats. Gloria especially loved spending time with her grandchildren and making dolls for her granddaughters.

To order memorial trees or send flowers to the family in memory of Gloria Hemmerlin, please visit our flower store.
Send a Sympathy Card