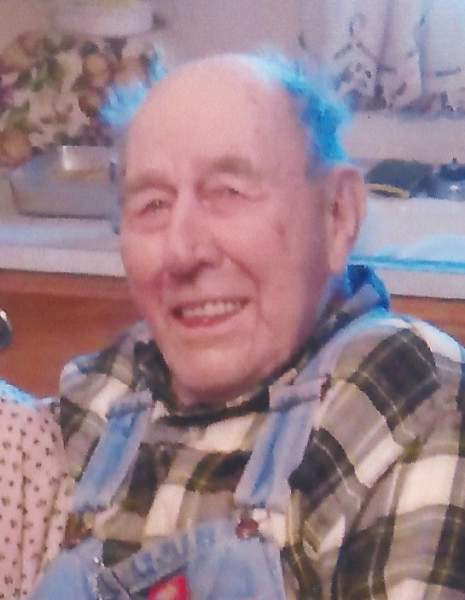 A private funeral service for immediate family only will be held on Saturday, October 17, 2020, at St. Paul’s Lutheran Church in West Miltona with Rev. Terry Finnern officiating.  Music is provided by Kate Jahnke.  Interment will take place at the church cemetery.

Gilbert Melvin William was born on March 15, 1927, to Otto and Clara (Brockopp) Grothen at home in Elmo Township, Otter Tail County, Minnesota. He was baptized and confirmed at St. Paul’s Lutheran Church in West Miltona. Gilbert attended country school through the eighth grade.  Following his education, he helped farmers in the Granite Falls area for several years.  He was united in marriage to Ethel Zinter on March 31, 1949.  Following their marriage, they farmed in North Effington before purchasing a farm near Lake Vermont. Gilbert was a life-long farmer and a life-member of St. Paul’s Lutheran Church where he also served on the board.  He enjoyed farming and deer hunting.

He was preceded in death by his parents; brother, Melvin; and four sisters, Norma, Verna, Evelyn, and Bernice.

To order memorial trees or send flowers to the family in memory of Gilbert Grothen, please visit our flower store.