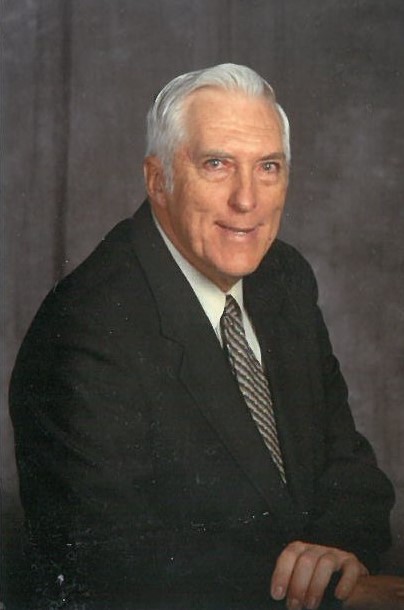 Visitation is 5-8 p.m., Thursday, at Lind Family Funeral Home in Parkers Prairie and will continue one hour prior to the service at the church.

Gerald Donald “Bones” Freudenberg was born November 20, 1938, to Emil and Olga (Diedrich) Freudenberg in Parkers Prairie Township.  He was baptized and confirmed at Immanuel Lutheran Church in Parkers Prairie.  Gerry graduated from Parkers Prairie High School in 1956.  He continued his education at Bemidji State College and graduated from Moorhead State in 1963, with a double major in education and business.  Following his education, Gerry began his teaching career in Clarissa.  He moved to Iowa in 1965, and taught in Sabula and Chisago City.  In 1969, Gerry returned to Parkers Prairie where he started the Elementary Physical Education Program. He was united in marriage to Connie Raap on June 21, 1980, at the home farm and celebrated with a hog roast with over 500 friends and relatives in attendance.  Gerry was also the Assistant Football Coach, Head Basketball Coach, and Drivers Education Teacher, until he retired in 1986.  Following retirement, he started a painting business and created a Drivers Improvement Program for local senior citizens which lasted 25 years.  Gerry was an active member of the Parkers Prairie community and served in many areas including, Immanuel Lutheran Church, the Parkers Prairie Lions Club since 1969, and the Sportsman Club. Gerry served on the Parkers Prairie Cemetery Board for many years and was instrumental in the creation of the Parkers Prairie Event Center.  He was a life-long hunter and fisherman, and enjoyed bowling.

He was preceded in death by his parents; wife, Connie; son, Darin; brothers, Norwin and Verson; and sister, LaDora.

Gerry is survived by his daughter, Wendy (Kit) Carson of St. Paul; brother, Lowell (Pam) Freudenberg of Los Castos, California; step-daughters, Tracey Berget of Willmar and Kelly "Charlee" (Dan) Young of Hawaii; step-son, Michael Freudenberg of San Diego, California; three granddaughters; along with many relatives and a host of friends.

To order memorial trees or send flowers to the family in memory of Gerald "Bones" Freudenberg, please visit our flower store.
Send a Sympathy Card