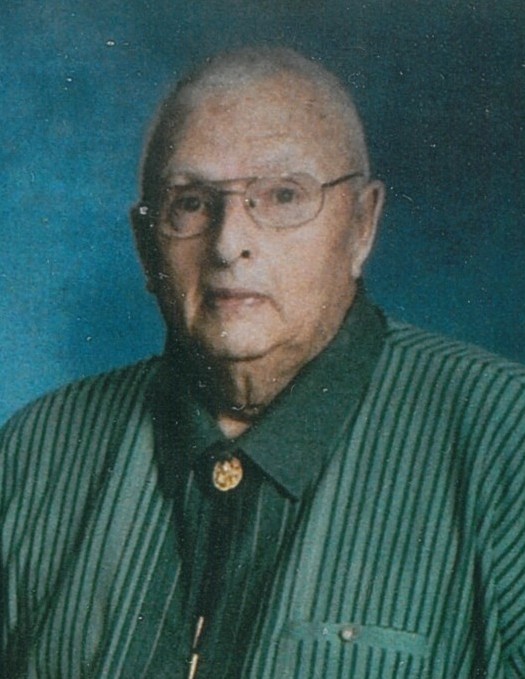 Visitation will be from 5-7 p.m. Wednesday at the Lind Family Funeral Home in Alexandria and continuing one hour prior to the service.

Gerald Edgar was born on December 24, 1930, to Edgar and Inez (Colwill) Bullis at home.  He attended school through the eighth grade.  Following his education Gerald farmed with his dad on his home farm near Wendell.  He was united in marriage to Lucile Schell on November 6, 1955, in Pencer, Minnesota.  Following their marriage, they lived in Alexandria before returning to Wendell to farm.  In the early 1960’s, they moved to Elbow Lake, where he worked for OK Tire Store, Local Gas Company which became Cenex.  He retired in 1996.  Following his retirement, they moved into Alexandria where they lived until he joined his wife at the Knute Nelson Care Center in 2015.  He is a member of Shalom Lutheran Church in Alexandria.  His hobbies included gardening; both plants and flowers, fishing, and listening to music. Gerald was a volunteer at Knute Nelson for many years and was the recipient of the Minnesota State Volunteer of the Year Award. He was a faithful follower of the Wisconsin Whitewater Warhawks, where his son is head coach of the six-time National Football Champions.

He is preceded in death by his parents; sister, Janice Grace Bullis; and son, Bradley.

To order memorial trees or send flowers to the family in memory of Gerald Bullis, please visit our flower store.
Send a Sympathy Card