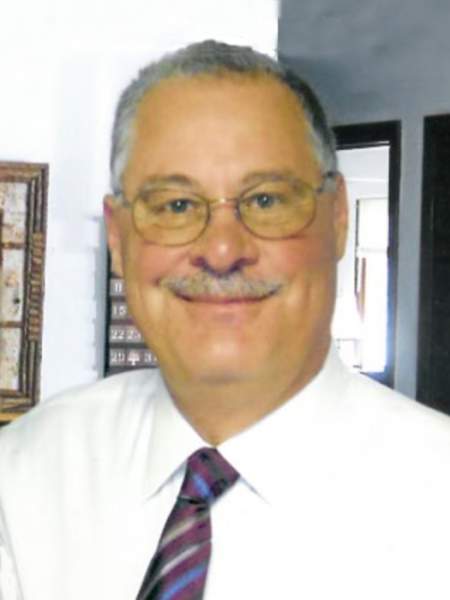 Visitation is 4-7 p.m., with a 6:30 p.m., prayer service and time of sharing, Monday, at Lind Family Funeral Home in Alexandria and will continue one hour prior to the service at the church.

George Lee Slack was born on October 2, 1952, to Marion and Georgia (Gleichman) Slack in Kingfisher, Oklahoma. He moved with his family at age five to Brandon, Minnesota where the family owned and operated a resort which is known as Chippewa Hills Resort, and to this day is still owned by the Slack Family. George graduated from Brandon High School in 1970. Following his education, he enlisted in the U.S. Army on February 23, 1971, and spent most of his Army career in Karlsruhe, Germany. George was honorably discharged on February 25, 1974 and was united in marriage to Jean Heikkinen. Together they had three children. George worked for Corky Slack Painting, Rainbow Painting, and later owned his own painting business. He was united in marriage to Sharon (Habiger) Strom on July 30, 1994, at United Methodist Church in Alexandria. Following their marriage, they moved from Brandon to Alexandria where he lived until his death. George was a member of United Methodist Church and the Lowry American Legion Post #253. He enjoyed watching the Minnesota Vikings and playing cards, especially Spades. He also enjoyed hunting with his brothers and spending time with family and friends at the resort. He also was known for cooking the German specialty, Wiener schnitzel, for his family and friends. George loved people. He loved telling jokes and making people feel special. He will be dearly missed by his family, friends, and all who knew him.

1. Don’t ruin a perfectly good life by over planning it.  Be spontaneous, stop by the side of the road, smell the flowers, or in my case, chop some rocks.  Be not afraid of the road less traveled.
2. Find a skill set and use it to help others.  Painting was mine, but find something you can do for others.  You’ll be a better person for it.
3. Take Risks.  Without risk, there is no reward. However, with risk, expect a lot of failure. Failure is one of life’s most important lessons, learn from it, don’t dwell on it, and move on.
4. Be Fearless.  If you want to go over one mountain, and someone else wants to go over another. By all means, go over your freakin’ mountain.  Live your life, not someone else’s.  After all, you can always meet up for drinks later.
5. Be Straight Forward. Address issues immediately. Address people directly. It makes life ten times easier.
6. Don’t waste your time trying to impress people.  People won’t remember your accolades, success or salary, but they will remember the way you made them feel.
7. Worrying about what other people think of you is 1) stupid and 2) none of your business.
8. Don’t take life too seriously. Most importantly, don’t take yourself too seriously. No one else does.
9. Grief is the price we pay for love. Love is worth the price, but don’t let grief consume you and prevent you from enjoying the present.
10. Give it hell. I never intended to go through life with a well-preserved body, subsisting on kale, quinoa, and green tea.  I lived my life fully and unapologetically.  I don’t regret my choices for a second. You shouldn’t either.

To order memorial trees or send flowers to the family in memory of George Slack, please visit our flower store.