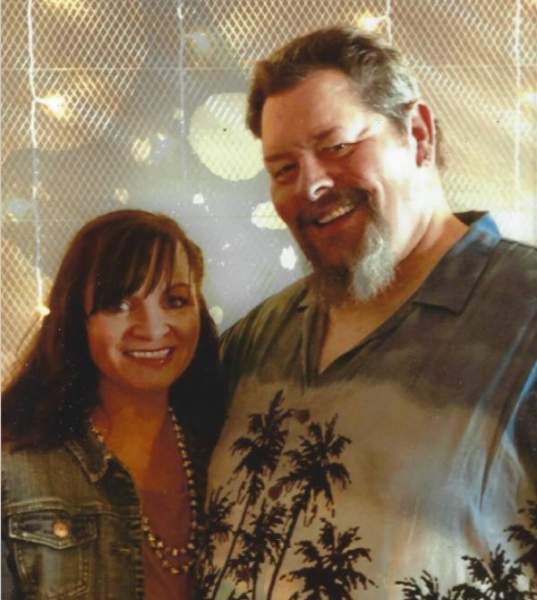 A joint memorial service will be held at 11 a.m., Thursday, November 18, 2021, at Lind Family Funeral Home in Alexandria with Rev. Scott Hoecker officiating.

Gene B. "Brad" Smith, born September 21, 1963, passed unexpectedly of natural causes on November 8, 2021, at the age of 58 years. His last moments were fulfilled doing what he loved. He was an avid Huntsman, Fisherman, and Master Gunsmith. Above all, he loved and cared for his family more than anything, and shared his heart and home with the love of his life, Sheila M. Smith and their dog “Petey”.

He will forever be greatly missed by his five daughters, Breana, Courtney, Abigail, Britney, and Brandi; his many grandchildren, friends, and many more.

Lord, let his spirit soar high and free with the eagles, keeping a watchful eye on his loved ones left behind.

She was born September 1st, 1971 in La Mesa, California, the daughter of Mary Anne Kalenda and Allen Tilary.

Sheila grew up in Spring Valley, California until moving to Minnesota at the age of five. At the age of six, when Mary Anne married Leonard Heidelberger, Leonard adopted Sheila as his own. As a child, Sheila especially loved dance and swimming.

Sheila grew up to become a beautician and loved her work. She also became a mother to four children: Jessica, Brendin, Brett, and Nicole, who were frequently susceptible to testing new hairstyles for her. She was an incredibly caring and giving person who couldn’t say no to anyone. The family fondly remembers how she could make any task feel like an adventure or something exciting.

Sheila had been in a committed relationship with Gene "Brad" Smith for the past nine years. They enjoyed fishing and any opportunity to spend quality time together.

She is preceded in death by her significant other Gene “Brad” Smith; adopted father, Lenard Heidelberger; and biological father, Allen Tilary.

To order memorial trees or send flowers to the family in memory of Gene "Brad" Smith & Sheila Smith, please visit our flower store.