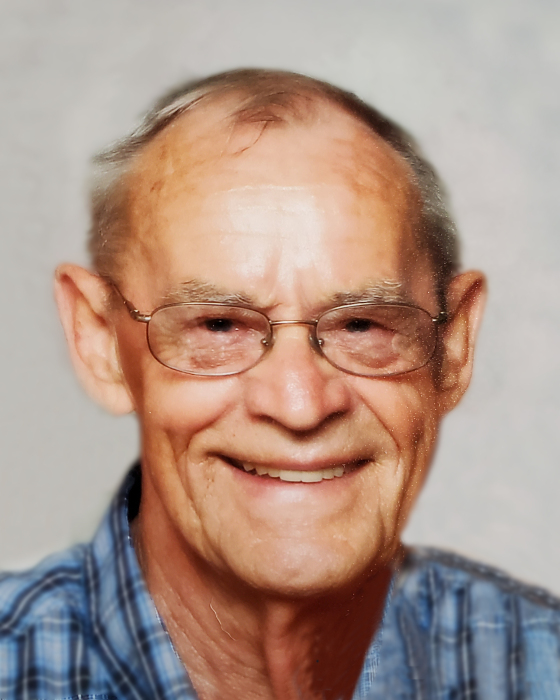 A private family memorial service will be held at 11 a.m., Friday, December 11, 2020, at Lind Family Funeral Home in Alexandria with Fr. Steve Binsfeld officiating. DuWayne’s service will be livestreamed at https://www.lindfamilyfh.com/obituary/FranklinDuWayne-Nelson.

A graveside service with full military honors will take place at St. Mary’s Cemetery in Alexandria at a later date.

DuWayne was born December 6, 1932 to Harry and Mary Nelson of Alexandria. He spent his early years in Alexandria, helping his father and uncle drive a construction truck. He enrolled in the Army at an early age and was active duty during the Korean War. After leaving the Army, he married Joan Brede (Tweet) and they had two children, Donovan and Pam. After he and Joan divorced, DuWayne met and married Charlene "Char" (Nienaber), and they moved to Villard where they raised four children, Scott, John, Patrice and Deanna. DuWayne worked for ATS (Anderson Trucking Service) out of St. Cloud and drove the "big rigs" for most of his life, even going to such desolate, isolated places like Alaska where it was all gravel roads and very sparse communication (and no radio)! He made a name for himself at ATS, earning awards such as "Minnesota Trucker of the Month" and also the prestigious award of 2 MILLION miles of safe driving. He hauled steel for the building of the World Trade Center in the 1970s, and as the towers fell on 09/11, his heart was broken. After leaving ATS due to a debilitating back injury, he and Char sold their house in Villard and moved to Alexandria. They spent a few years being "snowbirds" traveling to Yuma, Arizona in the winter months and then made a permanent move to Yuma in the year 2002. There they stayed until Char became paralyzed in late 2016. Following Char's death in 2018, DuWayne moved back to Minnesota where he lived until he passed away.

Those who knew DuWayne knew his affinity for popcorn, jellybeans, football (especially the Minnesota Vikings), toothpicks, suspenders, and old country music. He had an infectious laugh which you could hear in a crowded room, and he enjoyed being surrounded by people, friends, family, neighbors, even strangers. He could strike up a conversation with just about anybody who would take the time to "chew the fat" with him. Helping others was one of his great passions in life, and he never passed on an opportunity to help someone, be it with their car, putting up Christmas lights, putting in a new door, bringing in groceries, etc.

He was preceded in death by his parents; wife, Charlene; son, Donovan Nelson; brother, Edward Nelson; and grandson, Andrew Nelson.

To order memorial trees or send flowers to the family in memory of Franklin "DuWayne" Nelson, please visit our flower store.
Send a Sympathy Card