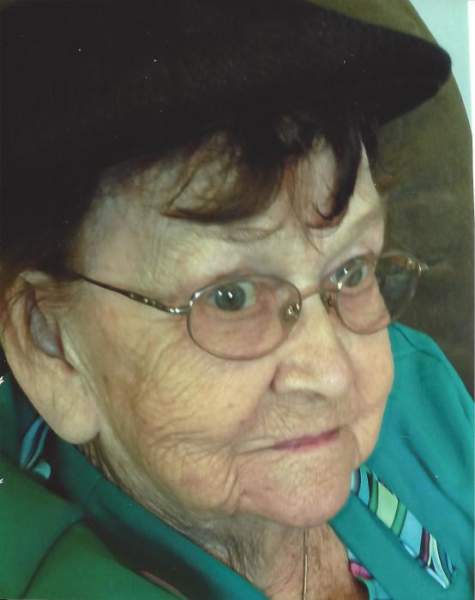 Visitation is 4-7 p.m., Thursday at Lind Family Funeral Home in Miltona and will continue one hour prior to the service at the church.

Ethel Rosamond Arvidson was born April 22, 1923, to William and Sedalia (Baldwin) Benson in Henning.  She attended Henning Elementary School, and following the death of her father, moved to Miltona and graduated from Alexandria High School in 1941.  Ethel met Edmund Arvidson at Highway Park, and they were married on October 12, 1940.  Following their marriage, they lived on the Arvidson Homestead in Eastern Township where she was a homemaker and helped Eddie farm. In 1968, they moved to Eagle Bend, where she was director of the Eagle Bend Senior Citizens. At age 50, Ethel attended Beauty School at Wadena Tech and then worked as a hairdresser for the next 20 years.  Her husband, Eddie died in 1987, and Ethel moved to Miltona where she met Wally Myren at a dance in 1993.  Ethel loved fishing with Wally, enjoyed helping him with the Miltona VFW functions and was his constant companion until his death in 2013.  Ethel was a caregiver for her siblings, sewed, sang duets and sang in the church choir, played piano by ear and enjoyed being in bands.  She was a member of Faith Lutheran Church and former member of Esther Lutheran Church.

She was preceded in death by her parents; husband, Edmund; and companion, Wally; and nephew-in-law, Lee Hoskins.

To order memorial trees or send flowers to the family in memory of Ethel Arvidson, please visit our flower store.