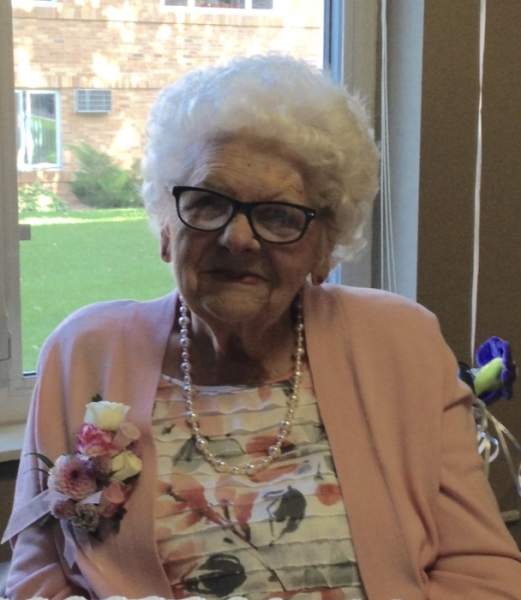 Esther Marie was born on September 15, 1918, to Michael and Theresa (Kirchman) Maurer in St. Cloud where she grew up and attended public schools.  Following her education, Esther moved to Los Angeles, California and worked for Lockheed Aircraft.  She was one of the “Rosie the Riveter” ladies that worked in manufacturing of airplanes during WWII.  Esther was united in marriage to Edward F. Zimmer on June 30, 1945, in Sauk Rapids, Minnesota.  Following their marriage, she lived in St. Paul while Edward served in the military.  They spent most of their life together in East St. Paul where they raised their family.  Her husband, Edward died on January 9, 1995.  Esther continued living in her home until moving to Prior Lake in the early 2000’s to be closer to family.  She moved to Bethany on the Lake in Alexandria in January of 2018.  She was an active member of St. Pascal Baylon Catholic Church in St. Paul.  She enjoyed sewing, crocheting, cooking, and baking and was an excellent pie maker.  She especially enjoyed making food for others and giving to them in their time of need.

She was preceded in death by her parents; husband; infant son; and six brothers, Lawrence, Leo, Ray, Ervin, Ralph and Cyril.

To order memorial trees or send flowers to the family in memory of Esther Zimmer, please visit our flower store.