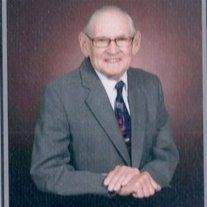 Erwin Bernard Fruth was born July 27, 1926, to Simon and Mathilda (Roers) Fruth in Osakis, Minnesota. They then moved to the town of Urbank where the family grew to include his three sisters, Lorraine, Luella and Blanche. Erwin attended Sacred Heart Grade School in Urbank and graduated from Parkers Prairie High School. As a child, he enjoyed fishing, hunting, roller skating, bowling and attending town dances. He began doing construction work at the age of 16, including two churches, many homes, Urbank Locker and Nordlund's Garage, to name some of his many projects. He was united in marriage to Florence Koep on June 15, 1949, at Sacred Heart Church in Urbank. Their first son, Pat, was born in Parkers Prairie. When he was just a few months old, they moved to Bowden, North Dakota, where Erwin worked construction. After two years, they moved to St. Paul, Minnesota, where he first worked in a grocery store, Snyder Drug Store, and then finally Northern States Power. During this time, they had their remaining five children and raised them in St. Paul. Erwin retired from Northern States Power, now known as Excel Energy, in 1986. He was a member of Knights of Columbus, Warehouse Union and Electrical Union. In 1987, they sold their home in St. Paul and returned to the Urbank area where they built a home on 40 acres. Erwin spent his retirement years fishing, woodworking, gardening, raising chickens, and most of all, time with his family. He especially enjoyed making things out of wood to share with his family and friends.

He was preceded in death by his parents; sister, Luella Klimek; sisters-in-law, Evelyn Koep and Marie Post; brothers-in-law, Mike DelVecchio, Harold Koep, Al Post and Bernard Koep, who died at the young age of 2.

To order memorial trees or send flowers to the family in memory of Erwin Fruth, please visit our flower store.