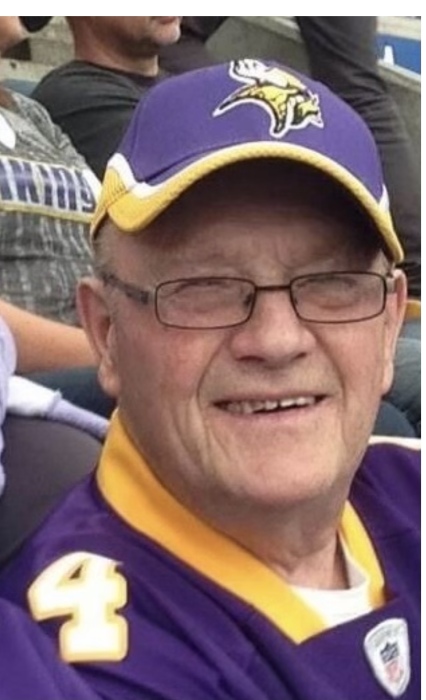 A memorial service will be held at 11 a.m., Saturday, April 10, 2021, at Trinity Lutheran Church in Carlos with Rev. Mark Schwarz officiating. Music is provided by organist, Elaine Beulke. Ervin’s service will be broadcast live on 88.1 FM radio to cars parked in the church parking lot. Interment will be at the church cemetery.

A visitation will be one hour prior to the service. Please honor all COVID-19 health mandates, including social distancing and wearing of facial coverings.

Ervin Clarence was born on August 3, 1933, to Henry and Emily (Martin) Hoppe in Winthrop. He was baptized and confirmed in the Lutheran faith. Ervin attended Winthrop Public School through the eighth grade. Following his education he helped his uncle farm. Ervin was united in marriage to Jeanette “Nettie” Langhorst on August 3, 1952, in Winthrop. Together they moved to Gibbon, where Ervin worked as a milkman, commissioner of sanitation, and a volunteer firefighter. In 1971, they moved to Osseo. During this time he worked as a truck driver for Flame Industries in St. Louis Park until his retirement in 1995. Following retirement they made their home in Carlos until moving into St. William’s Living Center in 2019. He was a member of Trinity Lutheran Church in Carlos. Ervin’s hobbies included hunting, fishing, and vegetable gardening. He was an avid Minnesota Twins and Vikings fan. Overall, Ervin’s number one love was spending time with his family, especially his grandchildren.

He was preceded in death by his parents; sons, Craig and Terry; and two sisters, Irene Wachtler and Adeline Roepke.

Urnbearers are his grandchildren.

To order memorial trees or send flowers to the family in memory of Ervin Hoppe, please visit our flower store.
Send a Sympathy Card