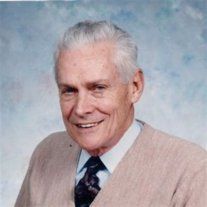 Erling Olaf Olsson was born September 10, 1922, to Manuel and Minnie Olsson in Minneapolis. He attended public schools in South Minneapolis and graduated from Roosevelt High School in 1940. He enrolled in the Institute of Technology at the University of Minnesota in the fall of 1940. In view of the times, he thought it best to also enroll in the ROTC program which offered a stipend if one got into the Advanced Corps. He also joined the Civilian Reserve Corps, in action status. His unit was called to active duty April 9, 1943, but he and a friend were held back for lack of proper sized shoes at Fort Snelling. Later, they rode a troop train to Camp Wallace, Texas, near Galveston for Basic Training and training on the 40 mm artillery unit in defense against strafing type aircraft. There was not much need for anti-aircraft artillery so there was no room in the officer candidate school. While waiting he was assigned to the government sponsored ASTP program at the U of M to pursue the technical program begun earlier. He received orders to Officer Candidate School at Camp Davis, North Carolina on January 1, 1944, upon being commissioned First Lieutenant, he was briefly assigned to Fort Bliss, Texas. During this time, he took a short leave to be married to EthelMae Lysaker May 20, 1944, in Lacrosse, Wisconsin, and together they traveled back to Fort Bliss. Again, as control of the air war gained, there was no need for an A.A. officer so he was transferred to the Infantry Training School at Fort Benning, Georgia, to learn infantry tactics and weaponry. Two months later, orders were received assigning Erling to Camp Maxey in Paris, Texas, as a training officer in the 125th Infantry Regiment. He received orders a short time later for the overseas assignment from Fort Meade, Maryland. From the Replacement Depot at Naples, Italy, he was assigned to the 338th Regiment and 83rd Infantry Division as a platoon leader. At this state of the war, he was assigned near Pisa, Italy in the North Apennines, from there they crossed the PO Valley and into the Southern Alps by war's end. Erling had enough points to be sent back to the USA for release, however, he continued to be in the Reserve and with the Korean War was recalled to active duty at the Headquarters for guided missiles and A.A. School at Fort Bliss. He was assigned to be commander of the HQ Bly of the 98th Anti-aircraft Artillery group as part of the Northern Hemisphere Defense (Alaska). After the requisite time he was returned to home again at which time he gave up is Reserve Commission. Erling returned to the U of M to complete his work for his Bachelor of Chemical Engineering Degree. For his service to his country, Erling received the Bronze Star with Cluster, the EAME Theater Medal with two Bronze Stars, the American Theater Medal, the Combat Infantry Badge, the Victory Medal and the Meritorious Unit Service Plaque.

Erling had a long and storied career as a chemical engineer that took him to Illinois for his entire working life. He was employed as a project engineer for M&O Paper briefly before moving on to Archer Daniels Midland, Ashland Oil and Sherex Chemical. Upon his retirement in 1985, the CEO spoke highly of Erling, telling that he probably knew more about plastics than anyone in the United States. Following retirement, Erling and his wife, Ethel moved to the 150 year old family heritage farm in Parkers Prairie, Minnesota for 25 years of active community life among family and dear friends. He was a multi-faceted man, always a strong congregational leader in the Lutheran Churches. He loved his animals, especially his Labrador Retrievers and adopted cats. He was a fine gardener, producing vegetables for the family. He, the chemist, always had a wine-making operation going. He was also an artist, watercolorist, and wood carver. He read every inch of the newspaper. Best of all, he was a powerful man who devoted all of who he was to his small family. His wife, EthelMae "Lee" died in 2009, after 60 years of life together. Erling moved to Marquette, Michigan, following the death of his wife, to be closer to his daughter, Leslie. He lived and received excellent care at the D.J. Jacobetti Veteran's Home for the past three years.

He is survived by his two children, Leslie Olsson White and Matt Olsson both of Marquette; and two grandsons, Daniel (Alexandra) White of Portland, Oregon and David White of Orlando, Florida.

A service of fellowship will be held 11:00 a.m., Saturday, April 20, 2013, at First Evangelical Lutheran Church in Parkers Prairie with Rev. Jon Sorum officiating.

To order memorial trees or send flowers to the family in memory of Erling Olsson, please visit our flower store.
Send a Sympathy Card