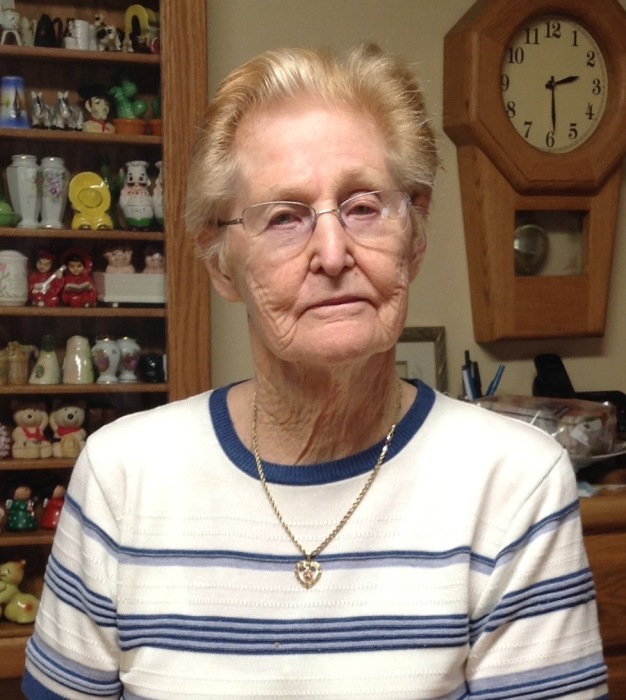 A service to celebrate the life of Emily will be held at 1 p.m., Saturday, June 17, 2017, at Immanuel Lutheran Church in Parkers Prairie with Rev. Kirk Lee officiating. Music is provided by organist, Dean Swanson and soloist, Dedra Zwieg. Interment at Parkers Prairie Cemetery.

Emily Sterriker was born on August 10, 1922, to Herbert and Clara (Abbott) Sterriker in Parkers Prairie. She started school in Parkers Prairie, and when the family moved to Almora, she continued school through the eighth grade. She started working at 15 as a live-in housekeeper for several households. Emily was united in marriage to Theodore “Ted” Welch on September 7, 1940 in Fergus Falls. Following their marriage, she worked in the café baking pies and working in the kitchen until starting her family. Ted and Emily made their home in Parkers Prairie, where they had four children: Roberta “Birdie”, Roger, Susan, and Sheryl. She was a stay-at-home mom until she started working for Don and Verla Guy at the Parkers Prairie Produce. She then worked in the grocery business for about 40 years, first for Al and Lucille Schamber’s grocery store and then at the Parkers Superette, originally owned by Phil and Marion Holte and later purchased by her daughter Birdie and Butch Briese. She was known in the store for her warm welcome greeting and incredible service. She retired from work in 1993. In 2008, she moved to Minnetonka to be closer to family.

Her entire family was her first priority, and she put others’ needs above her own. She was also a loyal friend to many others, who soon became a part of her extended family. Her door was always open to the many guests who visited, of course, with coffee and homemade sweets being served. She enjoyed playing cards (500 and Bridge were her favorites), playing Rummikub, baking, quilting, and watching birds at her many feeders. She also enjoyed gardening and canning, in which she shared her abundance (always asking for the jars to be returned).

Emily was a Lifetime member of the Ladies Auxiliary to the VFW Post #7826 of Miltona and Degree of Honor, as well as an active participant in several social clubs.

Honorary pallbearers are the Ladies Auxiliary to the VFW Post #7826 of Miltona.

Memorials can be made to Parkers Prairie Cemetery, Miltona VFW Auxiliary Post #7826, or the

charity of your choice.

To order memorial trees or send flowers to the family in memory of Emily Welch, please visit our flower store.
Send a Sympathy Card