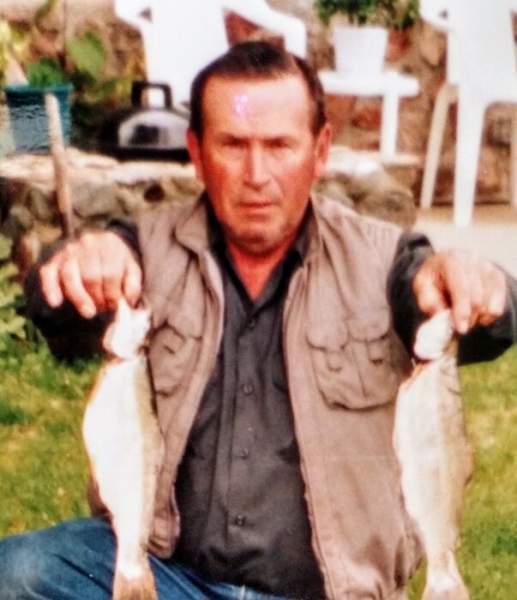 Emil W. Kopet, age 81, of Miltona, died peacefully surrounded by his family on Saturday, May 16, 2020, in his home under the care of Hospice of Douglas County.

A private family celebration of life service will be held at 11 a.m., Wednesday, May 20, 2020, at Lind Family Funeral Home in Alexandria with Rev. John Riggle officiating.  The service will be live streamed on his obituary page through the funeral home's website.

Emil William Kopet was born on June 14, 1938, in St. Paul, Minnesota to Emil and Grace (Baker) Kopet. He graduated high school and joined the United States Navy.  He married his childhood sweetheart, Julia Ellen Fuchs on May 10, 1958. They resided in San Diego, California where they welcomed two of their four children before moving back to St. Paul, where they welcomed their other two children. After the Navy, Emil worked at Armour Company while he went to school to become a machinist. In 1974, they moved to Miltona where he worked at Bellanca, and owned and operated a small hobby farm. Emil did carpentry for a few years before retiring from Douglas Machine in 2007. Emil met Jean Emter in 2007, and on October 7, 2010, they were united in marriage.

Emil was an avid-outdoorsmen and enjoyed hunting, fishing, gardening, woodworking and rock collecting. He enjoyed going to northern Minnesota to his cabin in Lake George any chance he got. If you knew him, you knew his love of animals and he always had a dog by his side.

He was preceded in death by his parents, Emil and Grace Kopet; brother, John Kopet; wife, Julie and his dog, Ginger.

Serving as honorary urn bearers will be his grandchildren.

Click to download / open
To order memorial trees or send flowers to the family in memory of Emil Kopet, please visit our flower store.