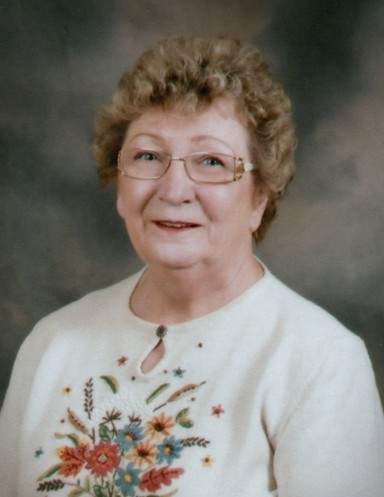 A private family memorial service will be held at 1 p.m., Tuesday, August 4, 2020, at Lind Family Funeral Home in Alexandria with Rev. David Fleener officiating, proper social distancing and wearing a mask will be observed. Music is provided by pianist, Matthew Greenwaldt and soloists, Patrice Hall and Jessica Klimek. Jeri’s service will be broadcast from 105.3 FM in the funeral home parking lot.  The service will also be live streamed from her obituary page on the funeral home's website.

Visitation will be held one hour prior to the service.

Elvina “Jeri” Verna was born on October 27, 1939, to Edwin and Vera (Mosher) Ploenzke in Sebeka, Minnesota. She was baptized and confirmed at Sebeka Bethlehem Lutheran Church. Jeri graduated from Sebeka High School. She was united in marriage to Everett Rydie and together they had one son. Following Everett’s death, she met and married David Borman and to this union two daughters were born. Jeri and David divorced in 1979, and David died in 1986. She met her soul mate, Dean Medenwald, and they were together until he died in 2009. Jeri enjoyed her life’s work in the service industry holding various jobs. She was a member of Shalom Lutheran Church, where she was very active in many groups and met some of her dearest friends. Their love and support is so strong and loyal. She was happiest when she was with her loving friends and family. Jeri also enjoyed being in book club, quilting group and camping with family.

She was preceded in death by her parents; husbands, Everett Rydie and David Borman; brother and sister-in-law, Duane and Shirley Ploenzke; and dear friend, Dean Medenwald.

To order memorial trees or send flowers to the family in memory of Elvina "Jeri" Borman, please visit our flower store.