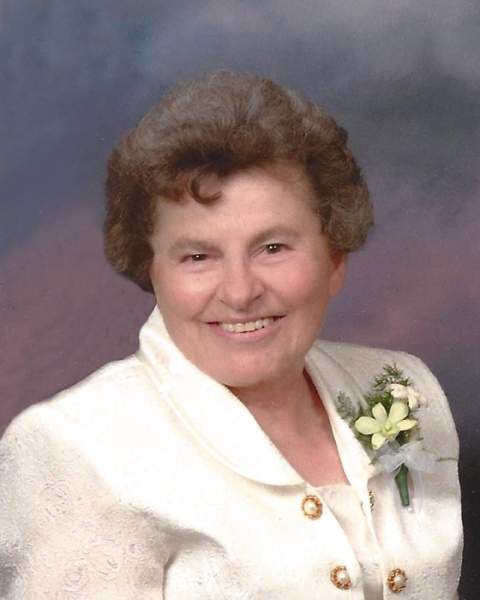 A recording of Elsie’s service is available below her obituary.

Elsie (Gimbel) Heiser was born on August 10, 1930, to Ludwig and Christina (Mitzel) Gimbel by Hazelton, North Dakota. Growing up during the Great Depression and the Dirty Thirties, Ludwig and Christina’s family moved around between the Dakotas as Ludwig looked for work to support his family. Elsie shared many memories and stories about growing up. As was common in those times, Elsie went to school with her siblings in one-room schoolhouses through 8th grade and later in life earned her GED. Elsie went to work as an aide in the Eureka nursing home, it was there that she met Walter. They were married on August 15, 1948. Following their marriage, Walter and Elsie lived on the Heiser family farm where they started their family. In 1953, Walter and Elsie moved their family of four to Courtland, California for a short time. They returned to Artas, SD, in 1955 when they purchased the family farm from Walter’s parents and farmed there for the next 11 years. In October of 1966, Walter and Elsie purchased their farm in Eastern Township near Esther Lutheran Church. For 30 years Walter and Elsie grew their dairy farm together before moving to their Miltona home in 1996.

Elsie loved her growing family and was blessed with eight children. She was a wonderful cook, baker, and seamstress. She enjoyed her flower gardens scattered throughout the farm and had two very large vegetable gardens.  She was a loving and hard-working mom and instilled this in her children. She enjoyed playing softball with family and shared her creativity with handmade gifts such as quilts, clothing, canned goods, painted nativity scenes and so many other items we will all cherish. Elsie was very active in church as a Sunday School teacher, Altar Guild, church council, and WELCA. She was also a 4-H leader, a member of the Homemaker’s Club, and Birthday Club.  In 1987, Elsie and Cindy purchased the Little Dipper Drive-In in Parkers Prairie where Elsie worked until 2003 when she sold the business to her youngest daughter, Jewel. After selling the Little Dipper she enjoyed watching her youngest two grandchildren, Megan and Danny. As her battle with Alzheimer’s progressed Elsie moved to a care facility in Alexandria, living at Alex Assisted Living for the past seven years.

To order memorial trees or send flowers to the family in memory of Elsie Heiser, please visit our flower store.