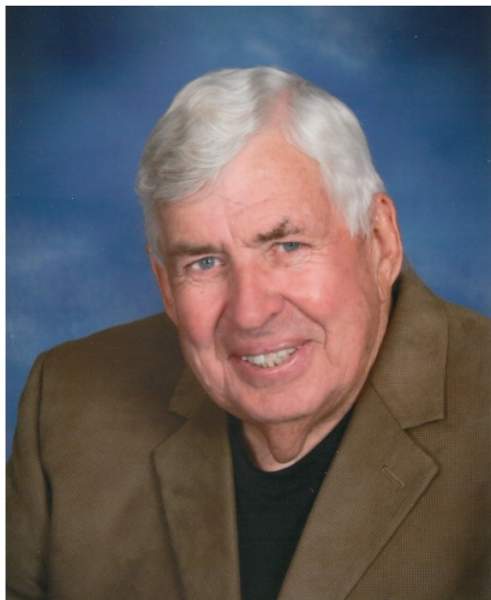 A funeral service will be held at 10 a.m., Tuesday, August 6, 2019, at St. Paul Lutheran Church in Alexandria with Pastor Michael Neumann officiating.  Interment will take place at Diamond Lake Cemetery, Lake Benton. Military honors will be accorded by the Minnesota Honor Guard.

Visitation is 5-7 p.m., Monday at Lind Family Funeral Home in Alexandria and continue one hour prior to the service at the church.

Elmo “Al” Edwin Dahl, son of Andrew and Vendela (Aronson) Dahl was born on March 11, 1933, in Diamond Lake Township, Minnesota.  Due to pneumonia, he was brought to Christ through baptism at home.  His baptismal faith in Jesus as his Lord and Savior was confirmed in June of 1947, at Diamond Lake Danish Lutheran Church.

Al grew up on a farm near Lake Benton where he enjoyed rural life.  He loved his dog, Jeff, who was his best friend.  As a farm boy he helped his father with chores and field work. Upon graduating from Lake Benton High School in 1951, Al and a friend went to Montana for a short time to work before returning to Minnesota where he secured employment with CNW Railroad. He later moved to Minneapolis and began his 35-year career as an equipment installer with Western Electric, which became AT&T, completing his vocation in 1989, in Marshall, Minnesota.

Al proudly served his country in the United States Marine Corp for three years and was honorably discharged on May 16, 1956.

While working for Western Electric, AT&T, Al met and became enchanted with Linda Weseloh. The couple married on May 26, 1972, at English Lutheran Church in Cottonwood and made Marshall their home until 1990, when they retired to their lake home near Alexandria.  They spent many pleasant summers with family and friends at the lake and many wonderful winters in Florida and Arizona.

Al enjoyed gardening and keeping an immaculate lawn, which he was often told looked like a park. He also cherished fishing with family and friends, especially his adored grandchildren.  Numerous photos of those precious moments clearly reveal the strong, loving bond Al had for his grandchildren and great-grandchildren.  Additionally, Al and Linda took several splendid adventures together at home and abroad. Sharing pictures with friends and family, the two loved to recall and relive these delightful experiences.  Another recreation Al enjoyed with Linda, playing cards, resulted in belonging to card clubs and participating in frequent festive card parties that, of course, included good-natured joking and teasing and great food.

In addition to treasuring his wife and family, experiencing a fulfilling career, and relishing recreational past times, Al used his gifts and talents to serve the Lord by ushering and participating on the transportation and Evangelism committees in Marshall, and at St. Paul’s Lutheran Church in Alexandria, he took part in church cleaning, organizing soup suppers, and generally helping whenever needed. Al loved his Lord and regularly attended church and Bible class with his beloved wife.

After discovering that his cancer had returned, Al and Linda moved into town to take advantage of the remaining years of their wonderful life together that the good Lord had given them. At age 86, our loving Savior called his faithful servant to his heavenly home. Al was preceded in death by his parents and two sisters, Edna Krause and Florence Dahl.  Blessed be his memory.  All Glory to God!

To order memorial trees or send flowers to the family in memory of Elmo "Al" Dahl, please visit our flower store.