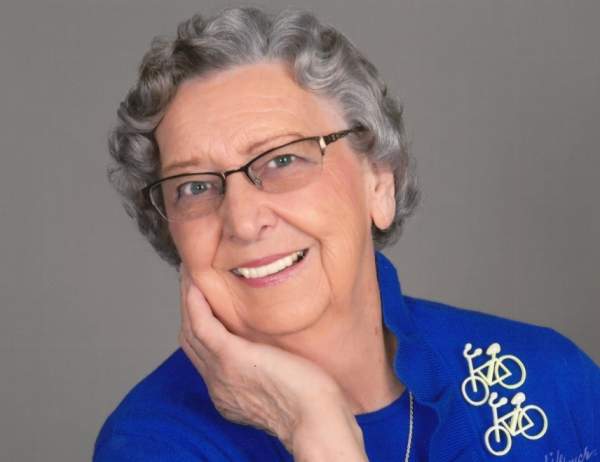 A private family celebration of life service will be held at 1:30 p.m., Saturday, September 5, 2020, at Lind Family Funeral Home in Alexandria with Rev. Ben Jacobson officiating. Music is provided by pianist, Randy Morken and vocalist, Paula Odland. Elizabeth's service will be live streamed on her obituary page on the funeral home’s website.   Interment is at Kinkead Cemetery, Alexandria.

A public visitation will be held one hour prior to the service.

Elizabeth Cora was born on May 25, 1931, to Charles and Emma (Blank) Menke on her grandfather’s farm in Sanborn, North Dakota. She walked to country school her first year in 1938. Her family moved to Valley City for a year before moving to her Grandpa Blank’s farm in Belle River, Minnesota in 1939. They moved to a house next to Lake Henry where her dad taught both she and her brother, Leonard to swim. In 1940, they moved into Alexandria and settled into life and joined First Lutheran Church. Betty delivered the Minneapolis Star newspaper from age 10-15, worked at a bakery and then Coast to Coast Hardware. She was united in marriage to Robert Ralph Hiebel on June 29, 1949, in Alexandria. Following their marriage, they had three daughters and Betty became a stay at home mom. She had a large garden and canned fruits and vegetables and sewed her daughter’s clothes. Betty taught Sunday School for 21 years, was President of the Church Women’s Groups, served on church boards and sang in the choir. She was very active in Girl Scouts as well and was a leader for over 25 years. In 1963, their family moved to Novato, California. They were members of Good Shepherd Lutheran Church and she was a leader of Girl Scouts. Betty was a cake decorator for most of her working life, worked at Baskin Robbins for 17 years and retired from Lyon’s Restaurant after four years. She enjoyed bowling, dancing, golfing, especially watching Tiger Woods play. She was very creative and an excellent artist. Her husband, Robert died in 1996. Following retirement, Betty moved to live near her daughter, Kathy, in Santa Rosa where she cared for her mother, Emma, with Alzheimer’s Disease for 15 years. While living in Santa Rosa, Betty helped charter Thanksgiving Lutheran Church where she was a very active member. Following the deaths of her mom, daughter, and grandson, Betty returned to Alexandria in 2011, to be near her two daughters and their families. She joined First Lutheran Church again and enjoyed its many activities and the community life at Arabella. She especially enjoyed time with her family.

To order memorial trees or send flowers to the family in memory of Elizabeth "Betty" Hiebel, please visit our flower store.