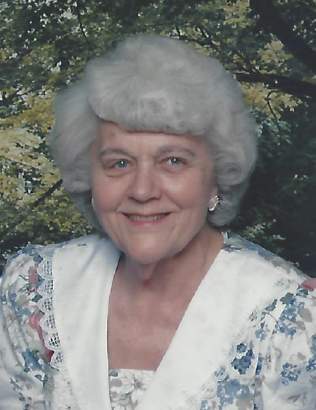 A family graveside service will be held 10:00 a.m., Saturday, July 15, 2017, at Parkers Prairie Cemetery with a reception following at the Smith Family Farm, Parkers Prairie.

Eleanor Lorene Smith was born on April 26, 1926, to Fernie F. and Edith (Triplett) Smith of Parkers Prairie.  After Eleanor’s mother passed away in 1939, Eleanor lived with her aunt and uncle until her family moved to Minneapolis.  Eleanor graduated from Minneapolis West High School in 1944.  She attended Northwestern Bible College in Minneapolis before starting her life long career as an airline reservation clerk for Northwest Orient Airline, now Delta.  Eleanor worked in Chicago, Minneapolis, Miami and Tampa before retiring in 1986.  As a result of her career choice she was able to travel the world!

In September 2000, Eleanor returned to Minnesota, living in Edina and eventually Litchfield.  In her heart, Parkers Prairie was always “home”.

Throughout her life, Eleanor’s faith in Christ was always important to her.  She developed many lifelong friendships at Powderhorn Park Baptist Church in Minneapolis, Christ Community Church in Tampa, and Grace Church in Eden Prairie.  She treasured the friendships of several former co-workers as well.

She was preceded in death by her parents; step-mother Vivian (Carlson) Smith; brother, Harvey L. Smith; and half- sister, Viona Snyder.

To order memorial trees or send flowers to the family in memory of Eleanor Smith, please visit our flower store.