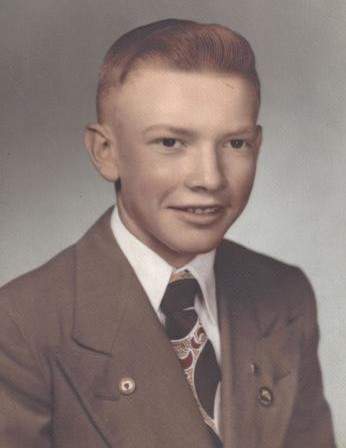 A funeral service will be held at 11 a.m., Saturday, August 31, 2019, at Esther Lutheran Church in Eastern Township with Rev. Scott Hoecker officiating. Music is provided by organist, Inez Haase and vocalist, Wendy Irons. Interment is at the church cemetery.

Visitation is from 4-7 p.m., Friday, August 30, 2019, at the Lind Family Funeral Home in Parkers Prairie and will continue one hour prior to the service at the church.

Edwin Emil Pomerenke was born on July 23, 1937, to Emil and Edith (Blank) Pomerenke in Spruce Hill Township. He was baptized in 1937, at Immanuel Lutheran Church in Parkers Prairie and confirmed in 1951, at Calvary Lutheran Church in Alexandria. Edwin attended and graduated from Parkers Prairie High School in 1955. After school Edwin was a farm hand in the Eastern Township area for friends and family. He was exceptional at driving a team of horses for threshing. In 1968 Edwin moved to Alexandria where he lived for the remainder of his life. He was also known for his sharp mind and ability to remember specific dates and events down to the year, month, and day. He was a member of Esther Lutheran Church. Edwin enjoyed participating in local community festivals and watch the tractor pulls, demolition derbies and rodeos.

He was preceded in death by his parents; sister, Caroline Pomerenke; brother-in-law, Chester Lundsten; and sister-in-law, Sonja Pomerenke.

To order memorial trees or send flowers to the family in memory of Edwin E. Pomerenke, please visit our flower store.