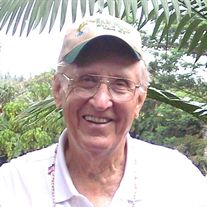 Visitation is 5-8 p.m., Thursday at the church with a 7 p.m., parish prayer service followed by Knights of Columbus Rosary. The visitation will continue one hour prior to the service at the church.

Edward Robert Thoennes was born June 15, 1925, to Nicholas and Mary (Terfehr) Thoennes in Effington Township. He was baptized and confirmed at Sacred Heart Catholic Church in Urbank. Edward attended country school until the eighth grade. Following his education he began farming with his father. Edward was united in marriage to Ruth Ann Klein November 11, 1947, at St. Mary's Catholic Church in Alexandria. Following their marriage they bought a farm across the road from his parents where they farmed and raised their family. Edward was known for being an innovator/inventor, a great accomplishment was receiving a patent on his Badger Barn Cleaner Scraper. Edward was a lifetime, dedicated member of Sacred Heart Catholic Church, where he served on parish council, was the first lector, was the churches grounds keeper, and renovated the grotto. He had been a Fourth Degree in the Knights of Columbus. Edward served on the Land O' Lakes Corporate Board, Effington Township Board, Parkers Prairie School Board and Urbank Creamery Board. He was a charter member of the Urbank Lion's Club, was president, the gambling manager for 37 years, and received the Melvin Jones award. Edward enjoyed tractor pulls, playing cards, bird watching, deer hunting, watching the Minnesota Twins, and golfing, earning five holes-in-one. He especially enjoyed spending time with his family and friends.

To order memorial trees or send flowers to the family in memory of Edward Thoennes, please visit our flower store.
Send a Sympathy Card