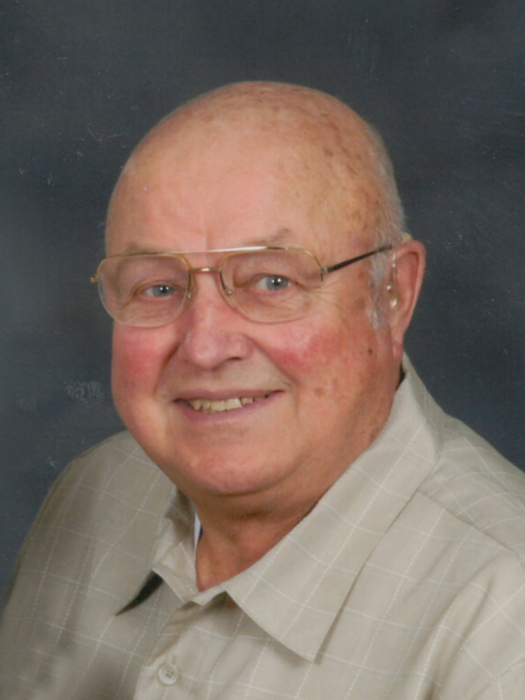 A funeral service will be held at 4 p.m., Saturday, June 29, 2019, at Esther Lutheran Church in Eastern Township with Rev. Scott Hoecker officiating. Music is provided organist, Marcia Guenther and vocalist, Laurie J. Youngers. Interment is at the church cemetery with full military honors accorded by the Minnesota Honor Guard and the Parkers Prairie American Legion Post #219.

Visitation is 5-8 p.m., Friday, June 28, at Lind Family Funeral Home in Alexandria and will continue one hour prior to the service at the church.

Duane Elmer was born on July 25, 1932, to Elmer and Emma (Volenec) Thompson on the family farm near Browerville. He was baptized on December 1, 1932 and confirmed on October 16, 1949, at Bethel Church near Clarissa. Duane attended District #123 Country School through the eighth grade. Following his education, he started working for Swift & Co. in South St. Paul. Duane was united in marriage to Eleanor Hedlund on January 31, 1953, at Esther Lutheran Church in Eastern Township. Shortly after their wedding, Duane was stationed in Japan while he served in the United States Army from March 13, 1953 until his honorable discharge in February of 1955. He returned home and went back to work at Swift & Co, until 1967. Duane then began working for the Bloomington School System as a custodian and bus driver before eventually becoming the Chief Engineer. Duane retired in 1994. He was a member of St. Stephen Lutheran Church in Bloomington and former member of Esther Lutheran Church. Duane also was part of the camping group called the Rochester Roamers. He enjoyed working, traveling and camping. Duane especially loved taking trips with his family.

He was preceded in death by his parents; an infant daughter; an infant son; sister, Evelyn Sada; and two brothers, Loyd Thompson and Donald Thompson.

To order memorial trees or send flowers to the family in memory of Duane Thompson, please visit our flower store.
Send a Sympathy Card